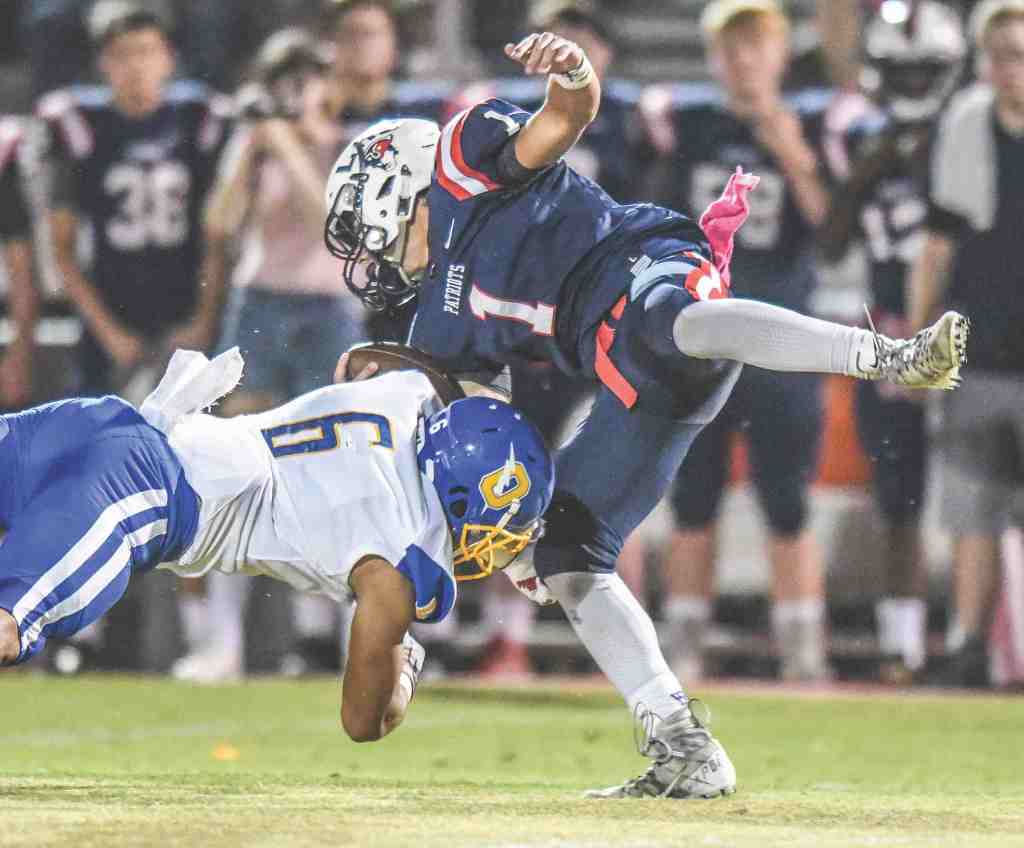 Through 10 weeks, all three local schools have clinched a playoff berth. Week 10 represented yet another clean sweep, with Lafayette and Water Valley moving to 7-2 (4-1 in their regions) with wins over New Hope and North Panola, respectively. Oxford, with their win over Olive Branch, moved to 8-1 (5-0 Region 1-6A) and hold the drivers seat to the regional title.

Since losing in dramatic fashion to West Point back in September, Lafayette has been on a torrid tear. Over the past three weeks, three wins, Lafayette is outscoring opponents 101-14. Leading the charge offensively, as he’s done for a few years now, has been Randy Anderson. In that same three-week stretch, Anderson has twice broken his career high in rushing yards, hitting 272 (with three touchdowns) a week ago against New Hope. He already has 14 touchdowns and over 1,000 yards rushing on the year.

Columbus (3-6, 2-3 Region 1-5A) marks another game of late in which the Commodores will be heavy favorites. Only once in October, a overtime win over Lake Cormorant, did Columbus score double-digit points. For a Lafayette team that’s both scoring at will and playing stingy defense, they shouldn’t have too much of an issue with the Falcons.

An interesting thing to keep an eye on will be the Commodores’ use of Tyrus Williams. The sophomore opened the year as Lafayette’s quarterback, before missing a few games after suffering a concussion against West Point. Williams returned for the first time a week ago, but was used both at quarterback and receiver, something the team had not shown to that point. Lafayette’s use of the young playmaker moving toward the playoffs is worth noting.

For their final home game of the regular season, Oxford welcomes 2-7 (0-5 Region 1-6A) Hernando to town.

Hernando does throw the ball better than most teams in high school football. The efficiency isn’t great (45.3 percent on completions and 12 interceptions on the year), but sophomore quarterback Zach Wilcke has thrown for 1,455 yards on the season and 14 touchdowns.

For reference, Oxford quarterback John Meagher has thrown for 1,098 yards on the season – he’s just done it much more efficiently and runs more than Wilcke. The Tigers aren’t great now, but they might have a pretty good young quarterback in the sophomore.

The most important game of the weekend, Water Valley’s final game of the regular season is for it all. Brad Embry’s Blue Devils have clinched a playoff berth, but can clinch the region with a win over Senatobia (7-2, 4-0 Region 2-3A). It’s a stalwart tie atop the region between the schools, leading to a dramatic winner-take-all to end the regular season.

Senatobia’s strength to this point has been their defense. Over the last three weeks, three wins, the Warriors have allowed a single touchdown. Offensively, they’ll lean on junior running back Nickisis Sipp, whose 102 yards per game average sets the pace for the offense to run. Somewhere the Blue Devils can look to attack is in the passing game, where quarterback John Michael Foster has a tendency to turn the ball over, having thrown at least one interception in six of nine games this season.