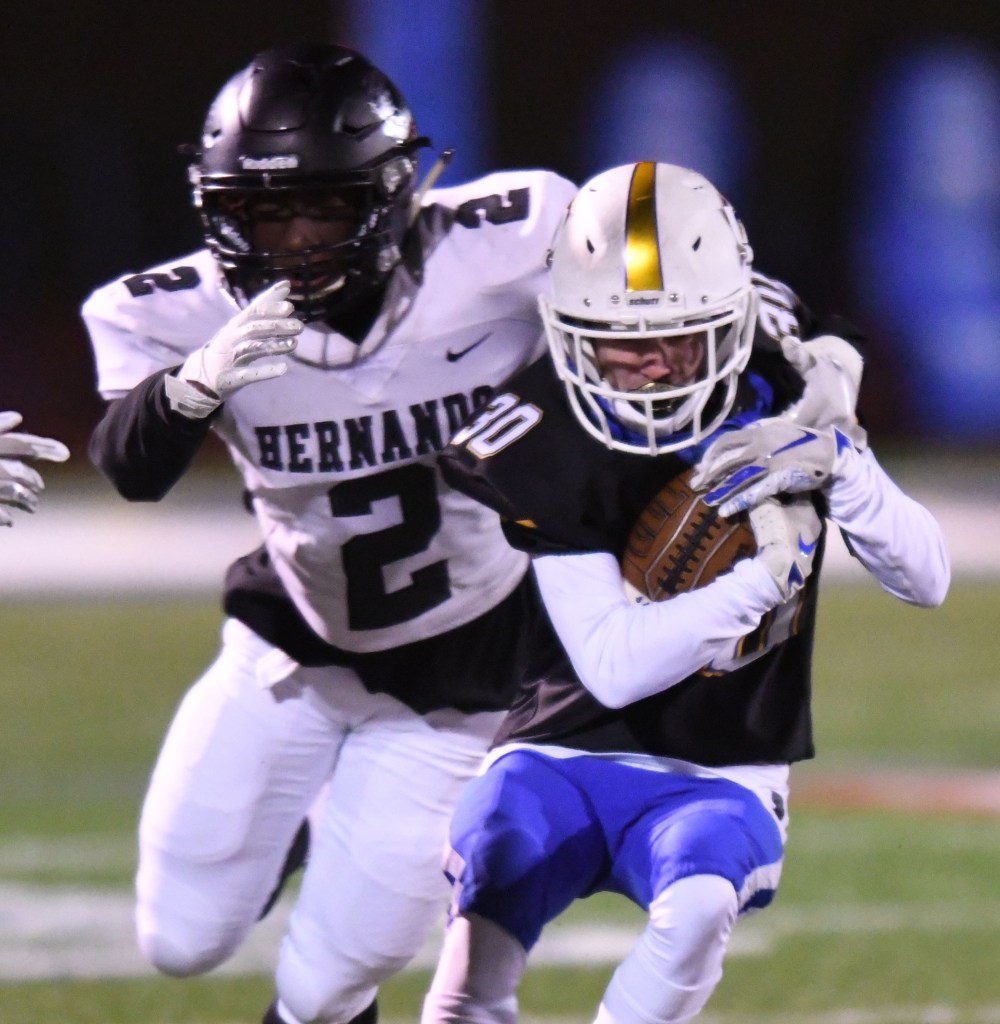 As the air turns brisk, the games start to mean a little more.

That’s where we’re at this week. For Lafayette and Oxford, Friday night marks the close of the 5A and 6A regular seasons. In Water Valley, Friday kicks off a playoff run to defend their 3A state championship belt.

On Tuesday, the EAGLE detailed all of the remaining playoff scenarios for both Oxford and Lafayette. For the Commodores, it’s simple. West Point has already wrapped up the Region 1-5A title. On Friday, Lafayette (8-2, 5-1 Region 1-5A) and Lake Cormorant (6-4, 4-2 Region 1-5A) meet to settle who gets a two seed (the winner of the contest) or a three seed. Consequently, the big implications are where each will play their opening round playoff game – the winner gets to host.

Lake Cormorant has hit their stride as of late. Their two region losses came to West Point and a 27-26 overtime loss to Columbus three weeks ago. Since then, they’ve won games at Grenada and against Saltillo by a combined score of 59-7.

They’re one of the more balanced teams in the region, throwing for 125 yards and running for 145 yards per game. The good news for Lafayette is that the games Lake Cormorant has lost were games where the opponent could run the football – all Lafayette wants to do is run. They gave up 324 rushing yards to West Point and 229 in a loss to Columbus.

For the first time since 2015 and the first time since jumping from 5A to 6A, Oxford (9-1, 6-0 Region 1-6A) can clinch their region on Friday. The scenario for that clinching is not complicated – beat Tupelo. If they were to lose to Tupelo (7-3, 5-1 Region 1-6A) by 10 points or more, they could theoretically fall as low as third in the playoffs, which would involve not hosting a home playoff game.

Offensively, Tupelo can attack in a variety of ways. Junior quarterback Jake Weird has thrown for nearly 1,800 yards on the season, and senior running back David Hayes has 1,200 yards of his own on the ground. But there’s a consistent theme in Tupelo losses.

In Tupelo’s two most recent losses, they’ve been completely unable to run the ball, forcing them into a one-dimensional offense. In a loss to West Point, they were held to 59 rushing yards on 25 carries. In their most recent loss to Olive Branch, those numbers were 35 yards on 15 carries. Oxford should look to exploit that same fact.

Water Valley vs. Kossuth, *3A Playoff first round

Where 5A and 6A playoffs are still a week away, Water Valley puts their entire season on the line every week from now through the end of the season.

Going 7-3 (4-1 Region 2-3A) in the regular season, Water Valley secured a two seed in the playoffs, and with it a home game against Kossuth (6-4, 4-1 Region 1-3A). Friday’s opening round will be an interesting stylistic matchup. Water Valley has won with defense this year; Kossuth is winning with offense.

Both teams will run the ball as their primary form of offense, but whoever can stop the other’s rushing attack will likely come out on top of this one.

Water Valley falls to Senatobia to close out regular…