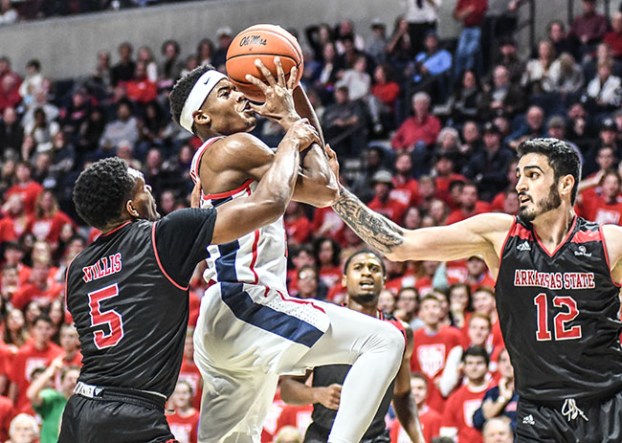 BIG PICTURE
Arkansas State: The Red Wolves, after defeating Arkansas-Monticello at
home last week, did not play well in the road opener. Arkansas State had
16 turnovers and scored only three points during a pair of seven-minute
stretches in the first half.

Ole Miss: After a sluggish two minutes, the Rebels controlled the tempo
and had early scoring runs of 18-3, 10-0 and 16-6. Coach Kermit Davis
places a premium on athletic players that are active defensively and the
Rebels looked the part in the home opener.

UP NEXT
Arkansas State hosts VMI Thursday in the opener of the Red Wolves Classic.

Lafayette girls learning and adjusting, but remain undefeated The Lafayette High School girls soccer team has yet to surrender a... read more