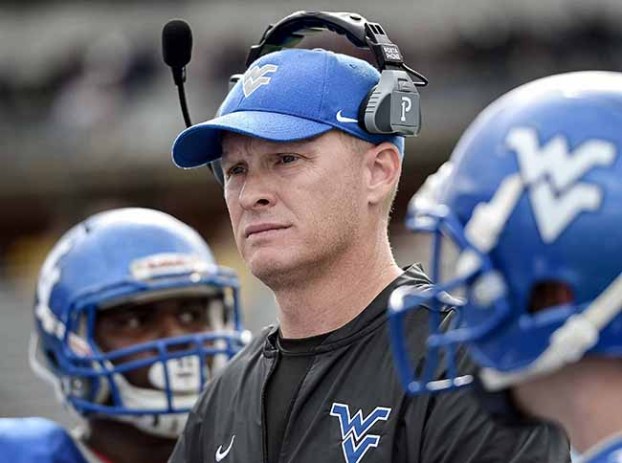 Brad Embry admitted this week of preparation is a little different for his Water Valley team.

Entering the second round the 3A state playoffs on Friday, the Blue Devils are going to be able to look across the sidelines to a familiar face leading the opposition.

Water Valley’s competition this week, a game played on the road, is the Choctaw County Chargers, coached by Jeff Roberts. His first year with the Chargers, Roberts was a defensive coordinator on Embry’s staff a year ago, part of the team that won the state championship.

“It’s a little different. It is,” Embry said. “They run our offense basically, so it’s unique on both ends. I don’t know who has the bigger advantage in that, really. I guess it’s how you handle it.”

Just about every major contributor on the Water Valley team is familiar with Roberts. He’d been the defensive coordinator at Water Valley since 2013. When Weir and Ackerman High Schools converged into one, new Choctaw County High School was formed earlier this decade. Since the merger, Roberts was the third head coach hired in five years.

His first year with the Chargers is an unquestioned success. Choctaw went 9-3 in Roberts’ first year, finishing 4-0 in their region to earn a playoff one seed, and thus a chance to host his old school this Friday for the second round of the playoffs.

Embry said he and Roberts have talked extensively over the course of the season, but that they hadn’t yet had a chance to talk since they learned they’d be playing each other in the second round. Some of the other Water Valley defensive coaches have been in contact with Roberts this week.

“I just want our kids to keep doing what we’ve been doing. If we do anything else, we’ll be in trouble,” Embry said. “Making it any more than one game would be doing a disservice. These kids will be caught up in it enough. They know it’s our old defensive coordinator, so we’re not going to really talk about it. I just want to let that fade away. The more we talk about it, the more they’re thinking about and spending time on it. I want them worrying about what really matters.”

Water Valley has never actually played this iteration of Choctaw County. They played Ackerman High School nearly a decade ago, one of Embry’s first years at Water Valley. They were a 2A high school back then. Everything about the game will be different from that one a decade ago, except they’ll be playing on the same field.