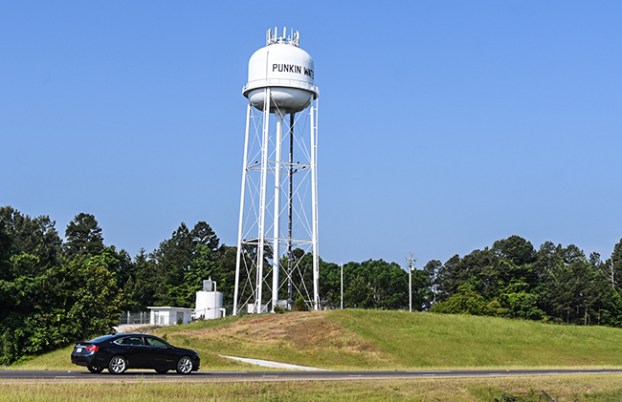 Developers can once again work in the Punkin Water Association service area.

After a 16-month halt, the development moratorium placed on PWA was lifted by the Lafayette County Board of Supervisors on Monday.

Lafayette County building inspector Joel Hollowell stated the reasoning behind the moratorium last year was due to several reasons, namely due to the quality of PWA’s water for its existing customers and the water pressure.

Following a meeting in May of last year with the Public Service Commission, it was found that PWA could not adequately supply water to its service area. Most of the issues were administrative in nature, but one issue was the iron level found in the water.

“Following that order, this Board felt like that with the health, safety and welfare concerns (the Board) placed a moratorium on new development in Punkin Water,” Hollowell said during the meeting. “Punkin Water is in an area, out of all of Lafayette County, where they have the greatest iron content in their water. Considering that, they are producing water that is comparable to the East Oxford Water Association.”

Steps have been taken by Punkin Water to improve their iron filtering process. Iron still remains in the water lines, as it has been deposited over the years, though Hollowell said a representative of the health department informed him the finished product of PWA water that comes out of the well is “really high quality water” and has little iron in it.

One of the requirements placed on PWA by the Public Service Commission before the moratorium could be lifted was to have a complete flushing plan established and tested in all of their lines. One such test has been completed and the PSC has provided Lafayette County with a letter stating their requirement was satisfied, but it will continue to be a work in progress.

District 1 supervisor Kevin Frye spoke at length with PWA president Jason Butts during Monday’s meeting. Frye asked how the monitoring to make sure the flushing plan continues, Butts said nobody from the PSC is required to come check, but Punkin Water must communicate with them on a regular basis.

Another requirement placed on PWA by the Service Commission was to have a secondary water source. The City of Oxford approved an agreement to allow PWA to connect to its water supply during the Oct. 15 Board of Aldermen meeting.

When Butts spoke to the Lafayette County planning commission, who approved to recommend lifting the moratorium during their last meeting, he stated the search for funding the project of connecting to the City’s supply has begun.

Butts told Frye he was exhausting all resources of funding, including federal aid, state aid and any grants they are eligible to apply for. The water association is not allowed to use any funds from a USDA loan towards one section, which is a pipe that runs from Highway 334 to the University Avenue roundabout at F.D. ‘Buddy’ East Parkway that is being turned over to the City.

The entire project is estimated to take half a year up to a year and a half to complete “at the most,” according to Butts. The estimate is based on any weather-related delays as well as other factors that might cause for delay.

Butts did state during the meeting that PWA has been considering hiking their rates by $7 to $12 as a way to generate more money for the project.

The minimum PWA bill is $20, according to Butts. Frye recommended they look into increasing that as another means to generate funds if they do not have any grants approved.

“Rates are going to have to increase. Punkin Water has not had a rate increase in years,” Butts said. “There was one put on long before my time, and it was never even initiated. …We’re behind as far as that goes. It’s something we’ve all discussed, and we know that time’s coming.”

Frye was in favor of lifting the moratorium, but said he was hesitant to do so point-blank. He made a motion to lift the moratorium immediately for submission of any and all preliminary plat approval to the county and leave the moratorium on final plat approval in place until construction has begun on the connection to Oxford’s water supply.

The motion died due to a lack of a second, and the original motion of lifting the moratorium based on the planning commission’s recommendation passed.

District 3 supervisor David Rikard made the motion and District 2 supervisor Jeff Busby seconded it. The approval came from a 3-1 vote in favor of lifting the moratorium. District 1 Supervisor Kevin Frye was the lone no vote. District 4 supervisor Chad McLarty, who works for Oxford Utilities and is the superintendent of water/wastewater, recused himself from the issue and did not vote.

Oxford man sentenced to 15 years in prison for Human Trafficking

Edward Earl Daniels will spend the next 15 years of his life in a federal prison. The Oxford native was... read more