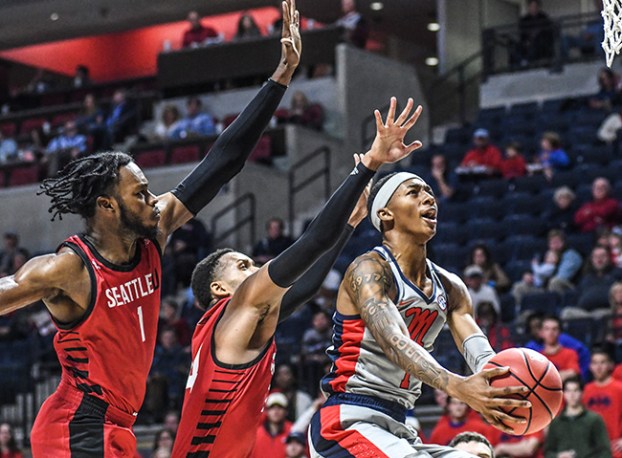 Rebels move to 4-0 with win over Seattle

BIG PICTURE
Seattle: The Redhawks managed only two field goals, 2 of 18 shooting,
during a 12-minute stretch in the first half that settled the issue.
Physically, Jim Hayford’s club did not appear over matched and has a solid
inside-outside combination with 6-9 Myles Carter and Brown, the offensive
leader in every statistical category.

Ole Miss: The Rebels have put together decisive scoring spurts in each of
the four season-opening wins at home. This time it was a 21-5 run, highlighted by
Tyree and reserve freshman guard Austin Crowley, that built an insurmountable 30-14
lead. Ole Miss has been impressive in racing to a 4-0 start, but the non-conference schedule increases in difficulty immediately with three consecutive road games.

UP NEXT
Ole Miss: Visits No. 16 Memphis on Saturday.

Seattle: The Redhawks face Bucknell in the NIT Season Tip-Off on in
Orlando, Fla. on Monday.