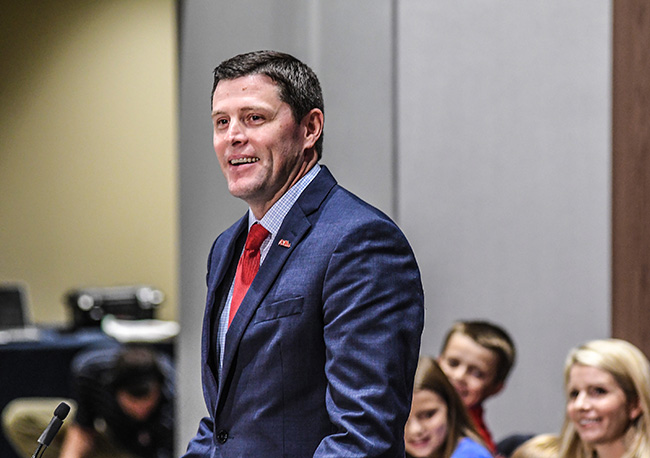 If there were any questions as to whether Matt Luke would be returning to coach Ole Miss football following the conclusion of the 2019 season, let there be no more.

Ole Miss Athletic Director Keith Carter confirmed in his introductory press conference that Luke would be returning to coach the football program in 2020.

“I think our football program is heading in a great direction,” Carter said. “Matt Luke is our coach. I’m so excited about Coach Luke. We’re going to get behind Coach Luke and get after those Bulldogs next week and get to that fifth win.”

When asked afterward if his statements mean that Luke would 100-percent be back for the 2020 season, Carter emphatically responded yes.

In introducing Carter as the permanent athletic director, University of Mississippi Chancellor Dr. Glenn Boyce insisted the hire of Carter came with no stipulations regarding the future of the football program. Boyce added that he agreed with Carter that the program is in a great position moving forward.

Since taking over as the Ole Miss coach as an interim himself in 2017, Luke has amassed a 15-20 record with Ole Miss, including a 6-17 record in SEC play.

Rebel Hoops: Early season observations and what to watch…