Rebel freshman Sarah Dumitrescu out for season with torn ACL 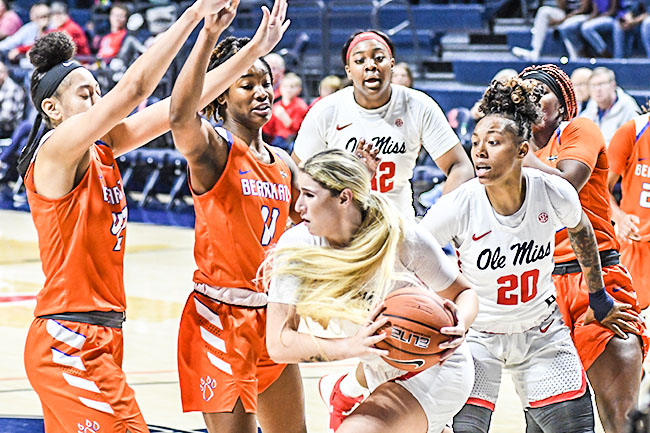 OXFORD, Miss. – Ole Miss women’s basketball freshman Sarah Dumitrescu will miss the remainder of the 2019-20 season due to a torn ACL suffered in the first quarter vs. Sam Houston State on Tuesday night.

“As much joy as sports brings, there is an ugly side to it and that is unfortunately injuries,” said Ole Miss head coach Yolett McPhee-McCuin. “My heart is broken for Sarah, as she has worked extremely hard to buy into the role we envisioned for her on both ends of the floor. She is loved by her teammates, staff and the Oxford community, and I’m certain that she will not only bounce back from this, but come back even stronger.”

Dumitrescu entered Tuesday night’s contest as the top rebounder for the Rebels, averaging 7.8 boards per game, which ranked 13th in the SEC at the time. She started each of her last four games played, notching at least 23 minutes played in every game prior to her injury. Dumitrescu had at least seven rebounds in four games played, and already had five boards in the first quarter before her injury.

A native of Bucharest, Romania, Dumitrescu was a four-star prospect coming out of IMG Academy in Bradenton, Florida and is a two-time member of Romania’s national team.