Three most memorable Egg Bowl moments of the 21st Century 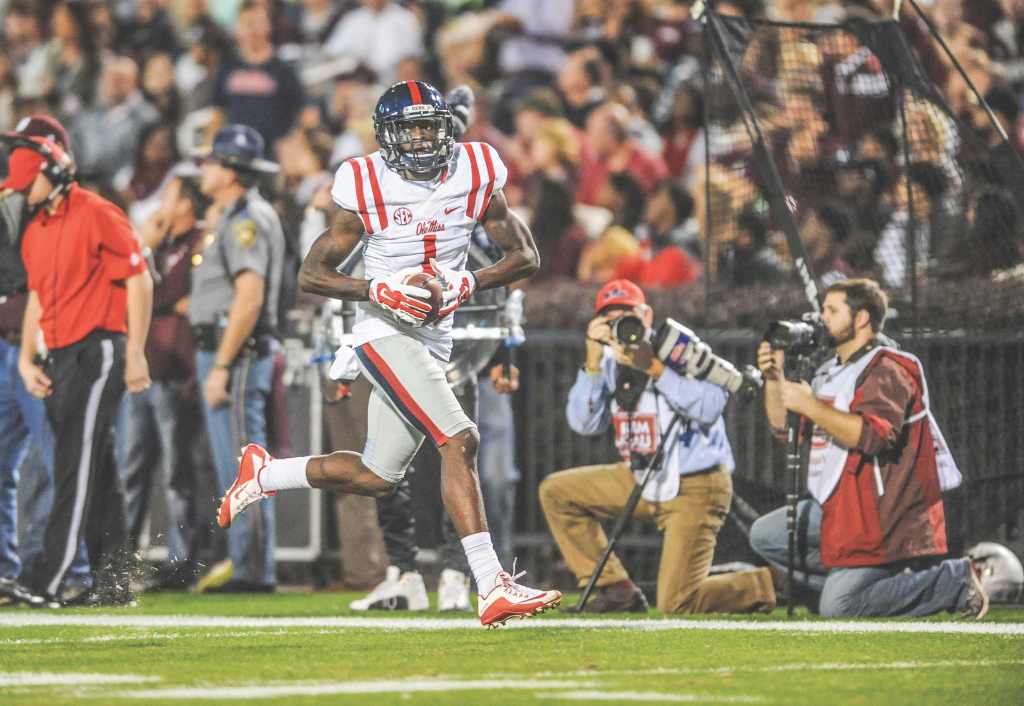 After taking the opening drive of the 2012 Egg Bowl for a touchdown, Bo Wallace dug the Rebels into a hole. Two first-quarter interceptions later, Ole Miss found themselves in a 14-7 hole to the Bulldogs at home. A field goal from Byron Ross early in the third cut the Bulldog lead to 14-10 before Bo Wallace hit his stride.

The most impressive throw in the Ole Miss (5-6) upset over Mississippi State (8-3) in 2012 came late in the third quarter. Catching Mississippi State in Cover One, with one safety deep, Donte Moncrief was left on an island with a Bulldog corner. It was not exactly a fair matchup. Wallace hit Moncrief for a 77-yard bomb, retaking the lead and establishing dominance in what would become a 42-24 upset win for the Rebels. Moncrief went on to score three more touchdowns.

This one just stings for Rebel fans. Up 14-0, Ole Miss decided to go for it on fourth-and-one from near midfield. Dominic Douglas from Mississippi State had different plans, stuffing Rebels running back BenJarvus Green-Ellis behind the line for what would be a bigger play than anyone in attendance would know at the time. Mississippi State would rattle off 17 unanswered points following the stop, including a 48-yard field goal by Adam Carlson with 12 seconds remaining in regulation, the final game in Ed Orgeron’s Ole Miss career.

1. Tony Bridges intercepts Dak Prescott for a touchdown in 2015

Ole Miss went into Starkville and simply handed it to Mississippi State in 2015 during Dak Prescott’s Egg Bowl finale, beating Mississippi State 38-27. Up 14-0 early in the game, it was Ole Miss corner Tony Bridges that did all but shut out Prescott in his final game in Starkville.

Late in the first quarter, trailing Ole Miss 14-0, Prescott found Rebel linebacker DeMarquis Gates in his face as he bounced a second down play out to his right. Instead of eating the sack and the loss and likely punting the ball back to Ole Miss, Prescott made an ill-advised throw towards his own Bulldog sideline.

Rebel cornerback Tony Bridges jumped the Prescott throw, returning it 44 yards for the end zone to put Ole Miss up 21-0 on the Road in Starkville, a game they would win 38-27. Both teams entered that game at 8-3. The Egg Bowl win would catapult them to what would finish a 10-3 season concluding in the 48-20 breakdown of Oklahoma State in the Sugar Bowl.

Jerrion Ealy has seen the Egg Bowl, now is…