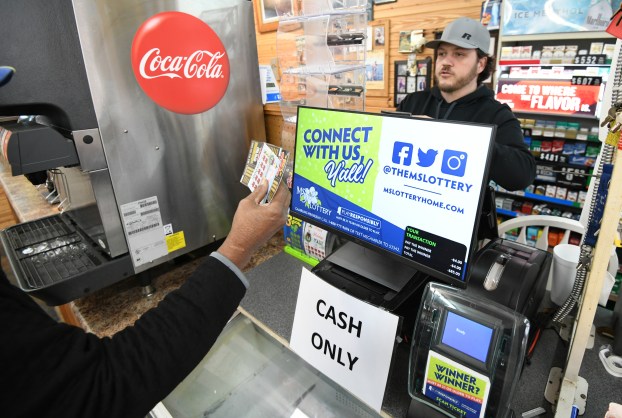 The first week of the Mississippi Lottery was a statewide success, and Oxford stores were not left out.

Monday marked the first day people could purchase scratch-off lottery tickets, and within the first few hours, the state made $300,000.

Lines were formed outside convenient stores up and down Mississippi waiting for the clock to strike 5 a.m. on Monday – the first moment lottery tickets could be sold. At Skymart, cashier Jake Reyes said they had people inside ready to be one of the first in Oxford to hit it big.

“People would go out in their car, scratch them, come right back in and get another one,” Reyes said. “(They would) win a free ticket, 40 bucks, 50 bucks.”

Skymart, located on College Hill Road, is one of nine convenience stores in Oxford that are offering lottery tickets in this initial launch.

Another store is the BlueSky convenient store located on Highway 6 next to Krystal. They did not begin selling tickets until 6 a.m., but store manager Christina Kennedy said that did not mess with their sales on Monday.

BlueSky sold around $1,100 worth of tickets in their first day. Kennedy said the store earns $18 off of each ticket book.

“It was good, it was busy,” Kennedy said. “Winning and selling. So, they moved (tickets). …They’ve been asking, ‘When are you releasing them?'”

On Tuesday, the Mississippi Lottery Corporation announced people had purchased $2.5 million in lottery tickets, which translated to $570,000 in state revenue.

“We believe Mississippi has more than exceeded expectations,” said MLC President Tom Shaheen. “We knew Mississippians were ready to play the lottery. We did not foresee the level of their excitement! Next, onto Powerball and MegaMillions!”

It did not take long for Mississippi to have its first big winner. On Monday, David Bond of Wiggins won $2,000 off a Triple-7 ticket – one of four he purchased on Monday.

The scratch-offs were part of the slow roll-out for the Mississippi Lottery. The Powerball and MegaMillions tickets will be available for Mississippi residents come late January or early February.

To find where one of Oxford’s participating retailers are located, visit mslotteryhome.com or click here.

The holiday season welcomes several events and activities to the LOU Community and the Yoknapatawpha Arts Council offers plenty during... read more