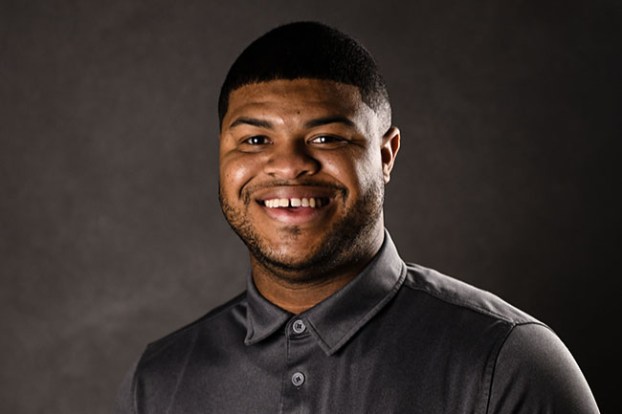 Oxford Resident and Coffeeville native Jordan Hirsch is a man with a mission to inspire children to reach their goals.

Through his motivational speaking programs, RESPECT and Read, Learn, Be Empowered with Mr. Read, Hirsch has spent the last two years traveling to area schools to teach children about the right way to handle bullying and the importance of reading and writing.

“I got into motivational speaking by just motivating and being an encourager to a lot of people,” Hirsch said. “So many people were like, ‘Man, you need to go into public speaking.’ I did a lot of praying about it and I felt like it was my niche to go into. So, I went into it and I saw that a lot of kids were struggling in the reading area.”

From there, Hirsch developed a program called RESPECT, which is designed for students in grades six through eight and stands for: Report, Evaluate your actions, Stand up and say no, Personal space, Equal treatment, Choose your words wisely and Try to make a difference.

He traveled to schools in North Mississippi for a year and a half, when one day, a school principal approached him with a request for a program for younger children. At the time, he didn’t have a program that encouraged children to read, but Hirsch went home that day and created his book, “My Day at School.” However, that wasn’t the final piece of his motivational speaking puzzle.

“‘My Day at School’ is based on the RESPECT concept. This whole concept is, if a kid is faced with a bullying altercation, they can use the RESPECT system,” Hirsch said. When I created (the book), my wife was like, ‘You need to create a character, like on Sesame Street.’ So, I went to Walmart and made the hat, and I just called everything Mr. Read.

“The program I do now when I go into schools is called ‘Read, Learn, Be Empowered,’ with Mr. Read and ‘My Day at School.’ I go in and motivate kids, and it’s a phenomenal program.”

Hirsch’s high-energy program, which falls under the umbrella of his organization, “Speak to Change,” uses a variety of techniques to encourage children from preschool through fourth grade to achieve their full potential.

Serving as a positive example to children in Mississippi Schools is one of the most important aspects of his role, Hirsch said. Having attended nearby Coffeeville High School, Hirsch admitted he didn’t take academics as seriously as he needed to, and wants to help children avoid the same mistakes he made.

“When I go into schools as Mr. Read, I want to motivate kids to look around at their opportunities and take advantage of it,” he said. “My end game is to inspire every kid to make a difference. For them to say, ‘Hey, it doesn’t matter what my circumstance is, what I’m dealing with, I can still be successful.’ I tell every kid, ‘You have a gift inside of you. You have a leadership characteristic inside of you. Use that gift to make a difference.’”

“My Day at School” by Jordan Hirsch is available on Amazon and at Books a Million and Barnes and Noble.

Keith Carter stood in the Burns Team Meeting Room on the University of Mississippi campus on Nov. 22, and said... read more