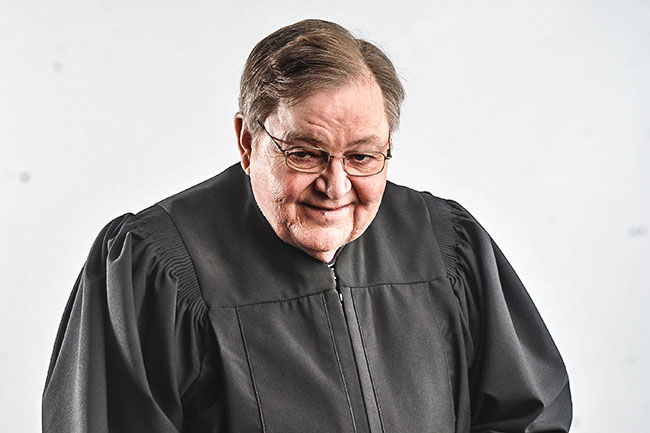 Lafayette County’s longest-serving Justice Court Judge will soon be honored for his service.

During Monday’s Board of Supervisors meeting, a request was approved to name the new Justice and Municipal Court building after Judge Johnny Wayne McLarty. The request, made by Justice Court Judge Mickey Avent, was unanimously voted in favor.

“He has dedicated his life serving not only as a public official, but also as a community leader,” Avent said. “He has made the judicial system better and Lafayette County better, simply by being ‘The Judge.'”

McLarty has served in Lafayette County for over 40 years, and is the second-longest serving Justice Court Judge in Mississippi. Beyond his judicial experience, Avent mentioned some of McLarty’s community involvement, such as serving as a coach and an umpire in the old Lafayette Little League organization, as a bus driver and an EMT, working with Lafayette High School athletics and Ole Miss athletics.

“No matter where you are in Oxford; the Beacon, Handy Andy, Skymart, the ball field. He is simply known as ‘The Judge,’ Avent said. “When the name ‘Judge’ is said in Lafayette County, they’re not referring to a circuit judge, chancery judge or myself. They’re referring to Judge Johnny Wayne McLarty.”

Before making the motion to approve the request, District 4 supervisor Chad McLarty took a moment to thank Avent for wanting to honor his father.

“Johnny Wayne McLarty is my mentor and a person that’s helped me become the man that I am today,” Chad said. “I have the upmost respect for my father and it is my privilege and my honor to make this motion to dedicate that building in honor of my father.”

District 2 supervisor Jeff Busby seconded the motion before it was passed.