Lafayette County begins process of shifting back to paper ballots 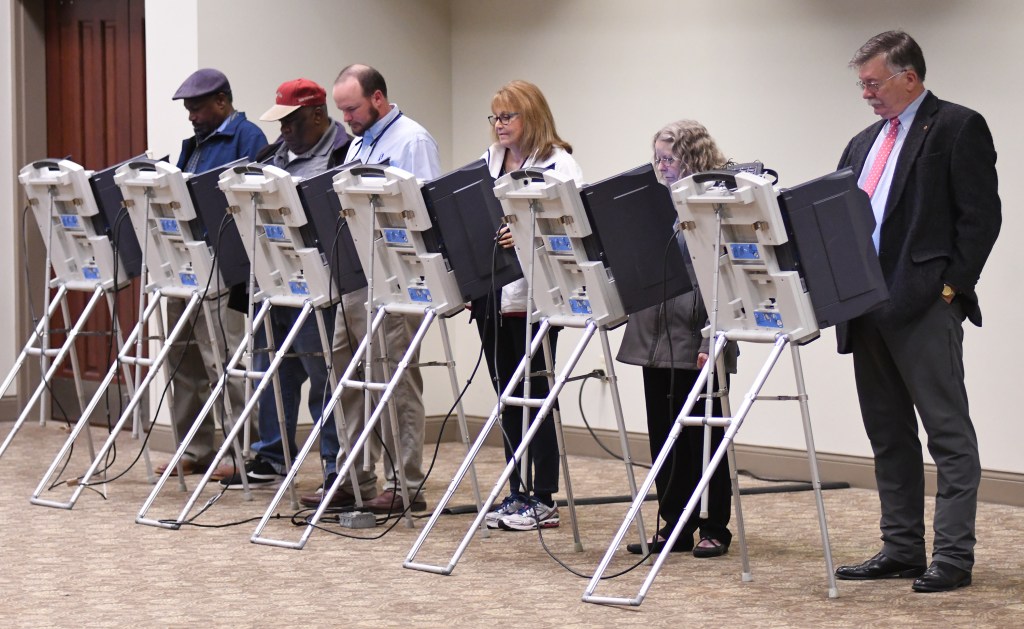 The days of selecting candidates on a digital screen with a touch of a finger may be coming to an end in Lafayette County.

The Board of Supervisors voted to begin advertising for bids from election system companies for precinct scanners, ballot-marking devices, accessories, software, testing rental services and training in order to return to a paper ballot system.

In 2007, Lafayette County shifted to direct-recording electronic (DRE) machines, though since that time, most of the counties in Mississippi have returned back to paper ballots, or are at least having discussions to do so. The Board opted to look into making the move during their budget sessions this year.

Outgoing District 1 Supervisor Kevin Frye witnessed one of the machines that were on display at Monday’s meeting while at a voting precinct in Panola County last month. Frye, who was running for a Mississippi Senate seat, gave the machines a vote of confidence.

“It seemed to work fine, as far as I could tell,” Frye said. “If there’s ever a question about the outcome of an election, you can pull out those boxes and count them by hand.”

Bill Lowe, a representative from Election Systems & Software, showed the Board how the voting process would work if the County returned to paper ballots. A voter would check in at their respective precinct and be given a paper ballot to mark. Once their ballot is filled out, they would take it to the digital-marking device, which would scan the ballot. Once scanned, the machine will inform the voter if their ballot is acceptable or if there are any discrepancies such as not voting in a particular race or voting too many times in one race.

Of Mississippi’s 82 counties, 12 of them have returned to paper ballots, according to Lowe. With most of the 12 being some of the larger counties, such as Hinds, Harrison, Madison and DeSoto, the number makes up nearly half the voting population in the state.

Lowe told the Board that voters would need to use a pen when voting, as a smudge made by a pencil could affect the scanner. He also said using paper ballots would help with the long lines that at the polls, as opposed to the current digital voting machines used now.

“It is easier to add tables and partitions versus machines if you do have lines,” Lowe said. “Typically, we don’t see lines at the scanners because that’s a three- or four-second process of scanning a ballot. …Of course, paper ballot is kind of the trend you’re seeing, back to a paper trail.”

There are also voting machines available for anyone who has ADA needs, including headphones and a braille system.

The Board voted unanimously to move to the next step of shifting back to paper ballots.