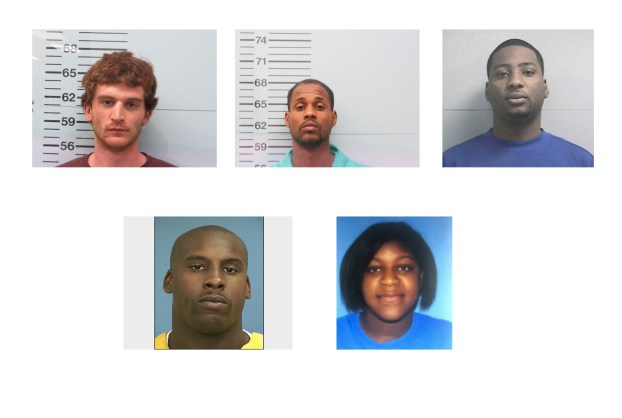 A large-scale identity theft and credit card fraud ring centered out of the North Mississippi region was busted by the Oxford Police and Lafayette County Sheriff’s Departments.

Two separate reports came into OPD early last month, in which victims had their names and credit card numbers used over the phone at Oxford businesses. Investigators with OPD and Deputies with the Sheriff’s Department were able to identity Colby Gulledge, 25 of Thaxton, as a suspect. Gulledge went to pick up the fraudulently purchased items and was arrested on Nov. 27 at his residence and transported back to Oxford.

Information was given to investigators, which led to the execution of a search warrant of a residence controlled by Karry Davidson, 39 of Shannon, in Lee County with the assistance of the Lee County Sheriff’s Department. The warrant led to the discovery of fraudulently purchased goods related to crimes in Oxford and Lee County. Davidson was not at the residence.

Investigators received more information, which led to two more search warrants at the residences of Joseph Moore, 33 of Pontotoc, and Randell Moore, 35 of Pontotoc, in Pontotoc County on Dec. 3 with the assistance of the Pontotoc County Sheriff’s Department. Investigators located evidence of identity theft and credit card fraud at both residences which were tied back to open investigations in Oxford, Batesville, Aberdeen and Tupelo. Joseph Moore was arrested at his residence and transported back to Oxford. Randall Moore was not at the residence.

The OPD has active felony warrants for Randell Moore, Davidson and Souter. If anyone has any information about their whereabouts, please contact the Oxford Police Department at 662-232-2400 or CrimeStoppers at 662-234-8477.

Local authorities believe there are more victims in other jurisdictions throughout Mississippi and into Alabama. If anyone believes they were a possible victim, please contact a local law enforcement agency and tell them about this investigation. The suspects were purchasing furniture, animal supplies, landscaping materials and building supplies over the phone.

April marks the 25th anniversary of the Double Decker Arts Festival, and the milestone event officially has its poster artist.... read more