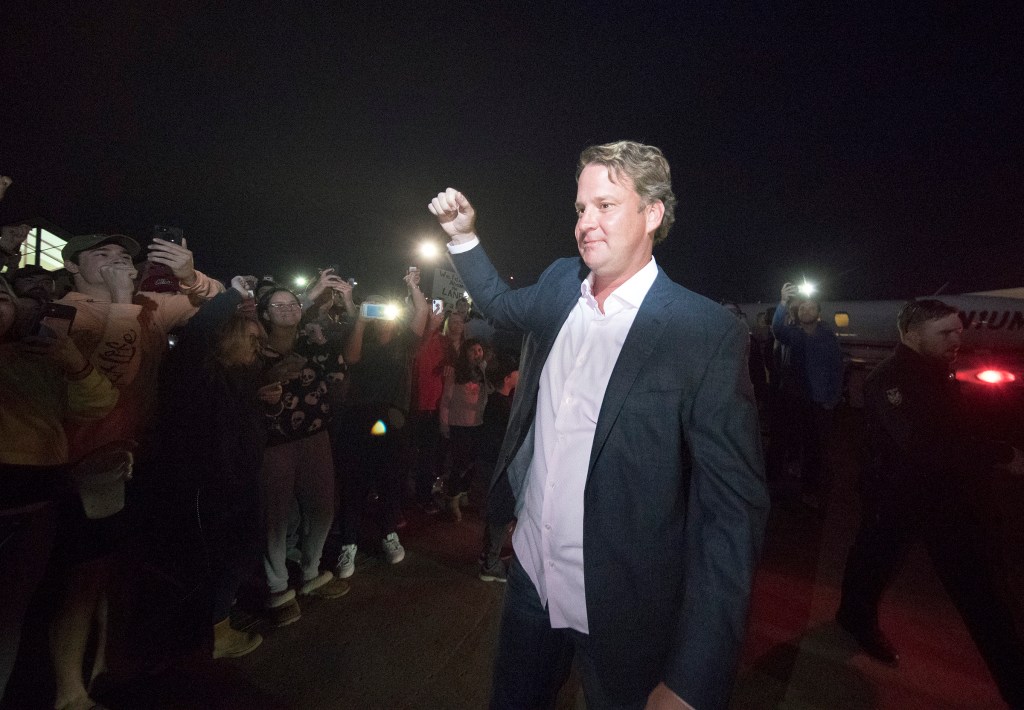 A group of more than 200 Ole Miss fans showed up at the University-Oxford Airport Sunday evening to greet the arrival of new Ole Miss football coach Lane Kiffin.

Kiffin, along with athletic director Keith Carter, arrived in Oxford around 5:15 p.m. Sunday evening for the first time since being named coach. His first public interactions with Ole Miss fans included numerous ‘HYDR’ chants and a woman literally handing Kiffin her baby for a kiss.

The University plane landed, Kiffin waved and shook hands, but didn’t speak much at all before getting into a black SUV and taking off.

In a way, the event was a strange indication of SEC football culture. No one made the details of his flight pattern public, yet by the time his plane touched down, there were a few hundred people standing on the tarmac waiting for the arrival. Someone had invited a hundred or more people to their hangar at the airport, serving drinks and watching football, just waiting for the plane.

When the greeting party decided to move from the hangar toward where Kiffin’s plane would land, they simply walked down the tarmac.

On multiple occasions, the gathered crowd simply kept creeping further and further toward the runways. Oxford police that had arrived to escort Kiffin became de-facto airport security, telling the crowds to move back just so that there would be room for the plane to taxi and turn around after it landed.

Lane Kiffin already kissing babies and being told “get you a burner phone” in Oxford pic.twitter.com/JSZIBL4UuZ

At times, the event felt more like Kiffin was running for senate than arriving to coach a football team. Multiple people were surprised of how tall Kiffin is: he’s 6-foot-4 and played quarterback at Fresno State in the 90s. He’s put on some weight since the days in California, but he still has a commanding energy about him.

However, while Kiffin headlined the show, the real winner of the airport interactions may have been Carter. Kiffin’s name was chanted, but so was Carter’s.

When Kiffin got into the car and took off, Carter stayed behind, shook hands and interacted with a fanbase that seemed quite pleased with his decisions in the short amount of time he’s been in charge of Ole Miss athletics.

Ole Miss wanted to be a national program again and Carter made that happen. On a day where the college football playoff was announced on ESPN, it was the new Ole Miss coach doing an interview on ESPN during the selection show. When Kiffin is introduced at the Pavilion on Monday, there will be food and drink served, with a University source saying the school is making it a ‘happy hour’ with half-off alcohol.