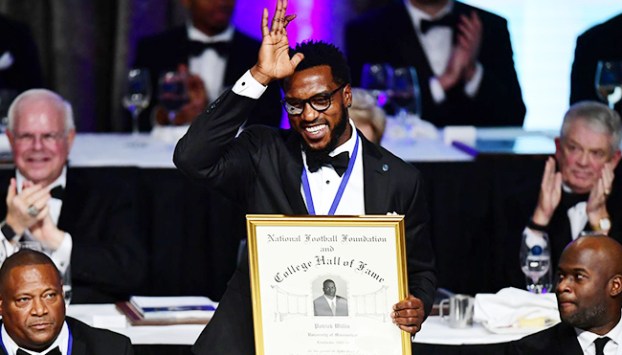 Former Ole Miss and NFL linebacker Patrick Willis will give the Class of 2020 Commencement address on May 6.

Willis is the 10th former player or coach to be inducted into the College Football Hall of Fame as an Ole Miss Rebel. Two other members of the Ole Miss family have also been enshrined in the hall.

Willis, a four-year letter winner for the Rebels from 2003 to 2006, is one of the most decorated defensive players in Ole Miss football history. As a senior, he was a consensus All-American in 2006 when he won the Butkus Award and Lambert Trophy as the nation’s best linebacker.

The senior team captain ranks sixth all-time at Ole Miss with 355 career tackles, and he is tied for fifth with 33 career tackles for loss. Willis was the recipient of the 2006 Conerly Trophy as the best college football player in the state of Mississippi and the Ole Miss Chucky Mullins Courage Award. The Bruceton, Tenn., native ended his collegiate career as the Defensive MVP for the South Team in the 2007 Senior Bowl.