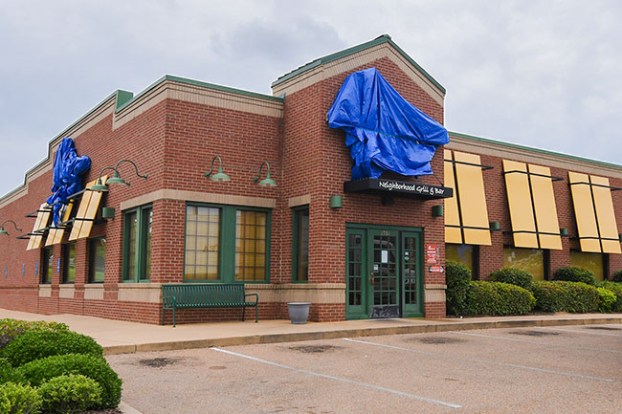 The former Applebee's location on Jackson Avenue, which closed in 2017, will become a Regions Bank.

The Regions Bank branch on Jackson Avenue will soon have a new home.

During Monday’s Oxford Planning Commission meeting, a site plan to relocate the bank into the former Applebee’s building was unanimously approved.

Since 2017, the building located at the intersection of Jackson Avenue West and Heritage Drive, has been vacant. Oxford’s Applebee’s location closed its doors when its parent company, DineEquity, was expected to see domestic same store sales drop 4 to 8 percent that year.

Regions, which is currently located next to Starbucks, is moving into a much larger space. The site plan states the bank will utilize all 4,926 square feet. There is also a small addition being made to the southeast side of the existing building which will be used as a new entry vestibule.

In 2018, Regions received a variance to have 30 parking spaces, adding three more to the original 27 that were currently used for Applebee’s. A maximum of 20 are required.

Currently, the site has two access points onto Heritage Drive, but the propose site plan will eliminate the access point closest to the intersection. The far east side of Heritage Drive will be re-striped to provide a protected left turn into the site.

A concrete sidewalk has been proposed along the Heritage Drive frontage of the site.

In January a traffic study was done, which was while the University of Mississippi was in session, along with both Oxford and Lafayette County schools. The study concluded that there were minor impacts to traffic on Jackson Avenue and Heritage Drive as a result of the site being redeveloped for the bank. A left turn lane into the northernmost driveway was warranted to mitigate the impact.

Oxford currently has three Regions locations, including one on the Downtown Square and another located in the front of the Larson’s Cash Saver parking lot.

The Oxford Police Department is looking into several different incidents that resulted in burglaries. The Salvation Army store, located on... read more