“We’re going to be linked”: Keith Carter’s hire forever ties him to Kiffin 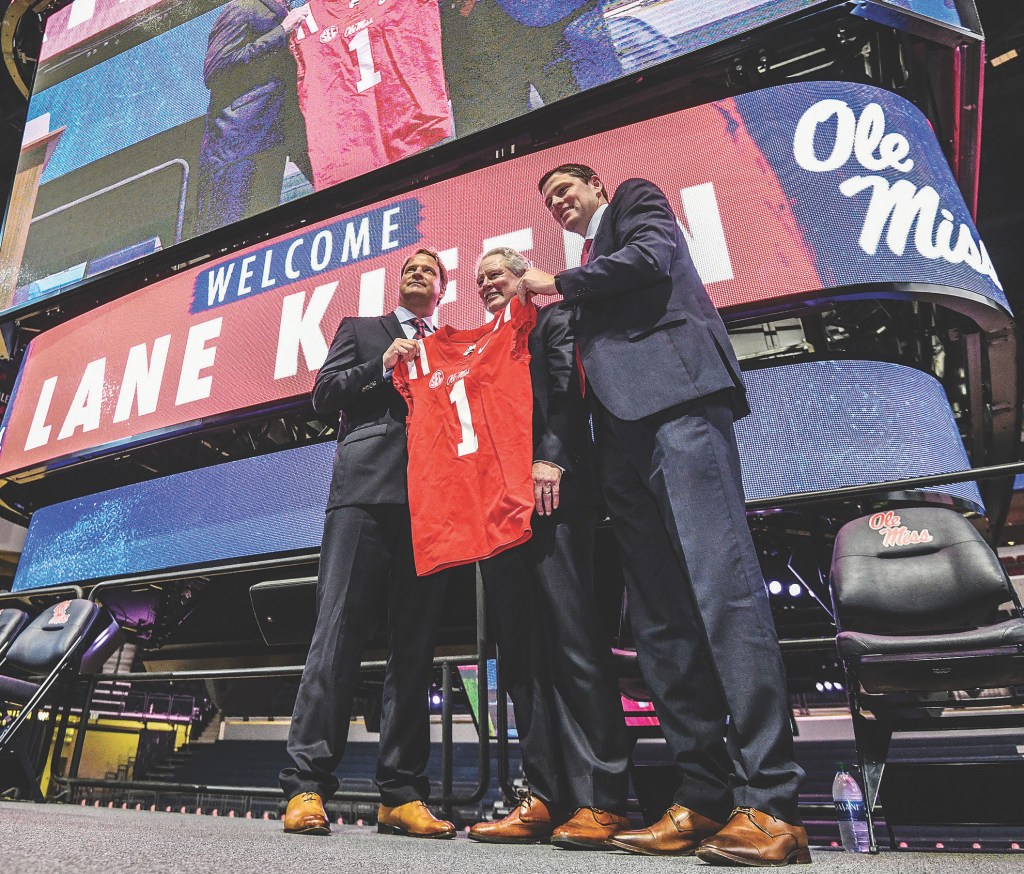 There are certain undeniable links in sports.

In the NFL, a general manager is often directly linked to the quarterback he decides to draft highly. In college sports, that link is often between athletic director and head football coaching decisions.

It’s been less than a month since Ole Miss named Keith Carter the full-time athletic director. In that short time, Carter had to make some major decisions. None will be bigger than the firing of Matt Luke and the subsequent decision to bring in Lane Kiffin to lead the football program.

Carter is aware of the bond. He knows that how Kiffin’s Ole Miss tenure goes will directly reflect on him, and he knows that his reputation is largely now in the hands of his football coach.

“Certainly, we’re going to be linked,” Carter said. “We talked about locking arms and doing this thing together. I mentioned to him when we were meeting that I still haven’t signed my contract yet, so I plan on being here a long time. Certainly, we’re going to be linked, but my goal was to find the best coach that can galvanize and fan base, be the leader of young men, but at the end of the day we want to win a lot of games.”

In the coaching carousel, everything happens in what seems like the blink of an eye. Carter and Kiffin didn’t talk for the first time until this past Wednesday. By Friday, there were reports that Kiffin would be the next Rebel coach. By Saturday, the University made the decision official.

For Kiffin, as much as he wanted to return to the SEC, it was just as much about program fit.

When asked on Monday if Kiffin – who has not spent longer than three years in one destination since 2006 – saw Ole Miss as a long-term plan for him, Carter seemed positive. The question was posed to Kiffin, but Carter leaned into the microphone, giving a “yes,” before letting Kiffin respond to the question.

The timeline may have moved quickly, but both acknowledge how important this fit is moving forward.

“We didn’t know each other before (this past week). I was able to get on the phone with Lane kind of in the middle of the week and we had a great conversation,” Carter said. “We talked about some really good things and obviously knowing him for afar he checked the boxes on a lot of what we had talked about in what we wanted to bring to Ole Miss. But obviously you have to build a personal relationship with somebody.

“We got on the phone and had a great conversation and then was able to go down and spend about two-and-a-half to three hours with him face-to-face. We talked about a lot of different things; football, life, vision, philosophy, all those things. I think after I left that meeting, I felt very comfortable that we were going to align on a lot of different things and we were able to get it done.”

As much as Carter knew he had to make the right decision, both for himself and the program, it was also Kiffin trying to figure out if Ole Miss was the right spot for him. Before Kiffin was ever tied to Ole Miss, he was linked to the Arkansas head coach opening.

During the process, as Carter and Kiffin began familiarizing themselves with each other, there was one thing that really stood out to Kiffin about his now-Rebel boss. Carter not just is a former All-American athlete himself, but spent his glory basketball days here at Ole Miss.

“As Keith (Carter) mentioned, we did not know each other. Obviously, you look at a job, you research the job just like they research you,” Kiffin said. “I was excited with his background. He’s obviously a great guy, great player here especially. When you bring recruits to a place and you’re able to bring them to your Athletic Director, and they can sell the place and not just be from the top, but actually be a former student-athlete, that is huge. You know a really big thing with him is his passion for winning here. You need everyone to align here the right way and we’re doing this thing together.”

There’s no way to predict the future of the Rebel football program. Given Kiffin’s past coaching history, there’s reason to be both excited and cautious.

Right now, Carter’s approval rating could not be higher. Simply put, Carter put Ole Miss football back on the map, at least for a brief moment. How long they’ll stay there will be directly linked to Kiffin’s ability to turn the program back around.