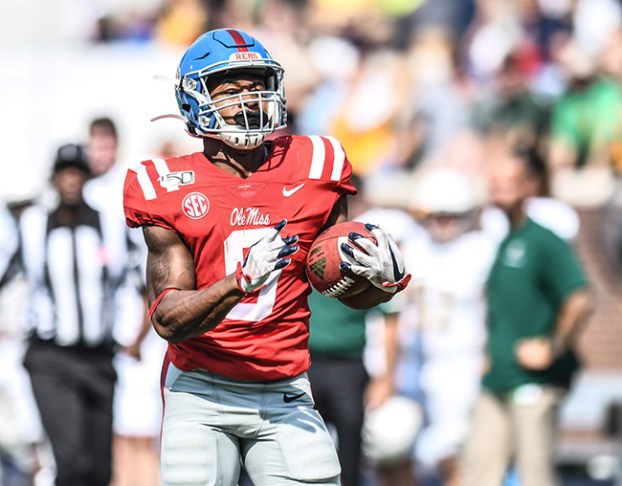 Mississippi running back Jerrion Ealy (9) returns a kickoff for a touchdown against Southeastern Louisiana at Vaught-Hemingway Stadium in Oxford, Miss. on Saturday, September 14, 2019. (Bruce Newman, Oxford Eagle via AP)

The true freshman from Walnut Grove, Mississippi, was named to the team as a running back, all-purpose player, and return specialist.

Ealy currently leads the SEC in kick return average, with 24.4 yards per return. He tallied his first career touchdown with a 94-yard kickoff return in Week 3 vs. Southeastern Louisiana. Ealy registered a PFF elusive rating of 145.1, the second-highest by any freshman in the country.

Ealy ranks second in the SEC and No. 5 nationally in all-purpose yardage per game amongst freshmen (100.9 ypg). He rushed for 722 yards in his true freshman campaign, the second-most rushing yards by an Ole Miss freshman in school history.

Charger hoops return home from DC ‘trip of a lifetime’