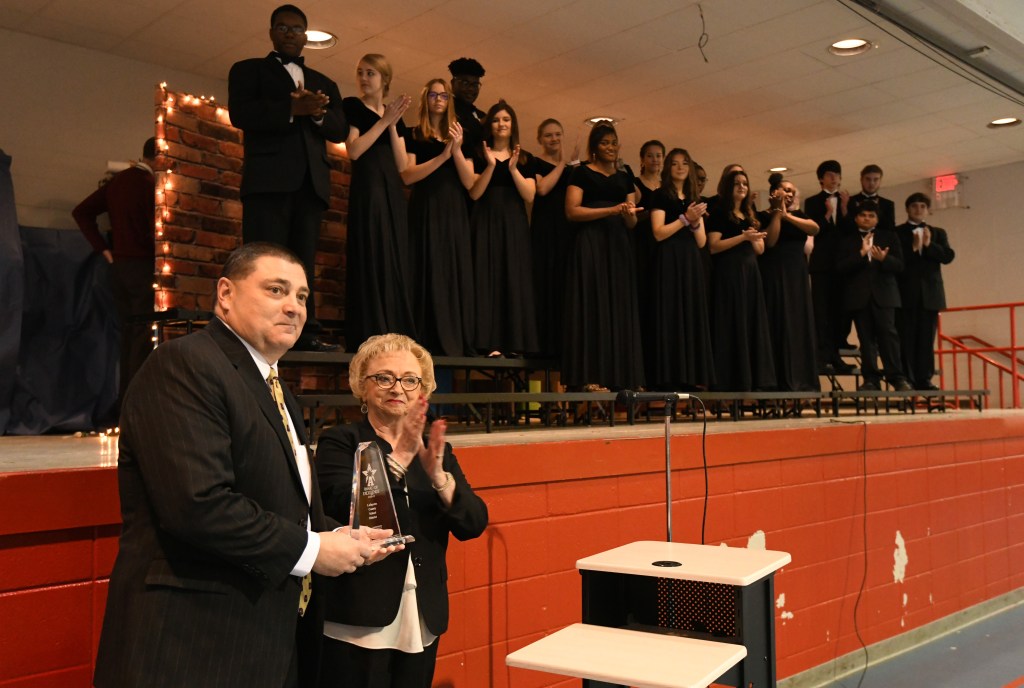 Lafayette County and Oxford’s school districts received A ratings from the Mississippi Department of Education in September, and on Thursday, they celebrated the achievements in style.

Lafayette was Dr. Wright’s first stop on Thursday. The school district received their second consecutive A rating after earning their first top grade last year. Lafayette is one of 22 districts across the state to earn an A rating for two straight years.

“Earning an A as a district or school, it sends a very powerful message to the community and to business people around the world that you are being provided one of the finest educations that Mississippi has to offer,” Wright said. “It ensures the community and it ensures the business people who live in your community that they’ve got a great school system in which to send their children.”

Following Lafayette’s ceremony, Wright traveled across town to Oxford Intermediate School to honor OSD. Since the state began issuing grades to school districts in 2012, Oxford has received an A rating every year. This year marks seven consecutive A ratings, making Oxford one of nine school districts in the state to earn an A at least four years in a row.

During Oxford’s ceremony, the OIS orchestra performed Christmas songs and Wright participated in the Charger Chat podcast before she and Oxford school superintendent Brian Harvey gave their remarks.

Wright credited Oxford’s many initiatives they have started as a district, including the 95 in Five plan, A Portrait of a Graduate and others for the district’s continued academic success.

“We’re just so blessed to have the resources and the support. This community made a decision many years ago to support learning for all of our children and that’s something we’ve doubled down on,” Harvey said. “It’s something that we take very seriously. All means all.”

In each of her speeches, Wright mentioned Mississippi’s improvements in the National Assessment of Education Progress (NAEP) Nation’s Report Card assessment last year. The state’s eighth graders made more progress in reading and mathematics than nearly every state in the country. They ranked No. 3 nationally for their gains in mathematics and No. 4 nationally for their gains in reading.

Mississippi’s fourth graders ranked No. 1 in gains in reading and mathematics.