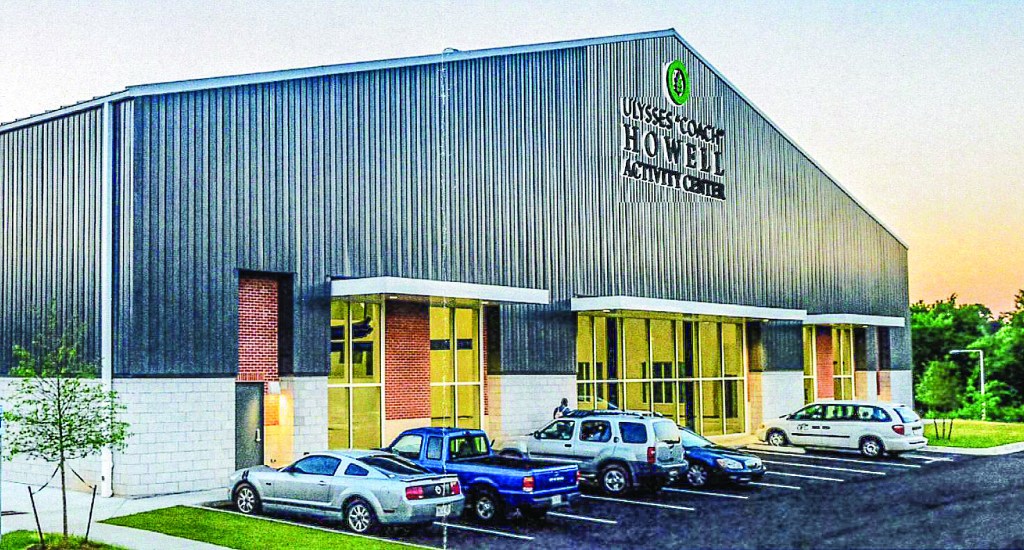 A variance was granted by the City of Oxford Planning Commission for a sign that will hang on the Price Street side of the Ulysses "Coach" Howell Activity Center.

In June, Oxford’s new activity center was officially named in honor of the late Ulysses “Coach” Howell, and this week a sign was approved to honor the former alderman forever.

During their December meeting, the city’s Planning Commission approved a variance request by the City of Oxford to allow the activity center’s sign to be slightly bigger than allowed in the Land Development Code.

The request was unanimously approved, but not before a few commissioners voiced their opinions in favor of maybe reconsidering what the code states. The Planning Commission said it had received three requests regarding sign variances in the past two meetings.

According to the current code, the maximum size a wall sign can be is 200 square feet, but the sign requested by the City for the Ulysses “Coach” Howell activity center was 360 square feet in size. The City wants to hang the sign on the side of the building, facing Price Street.

Planning commissioner Judy Riddell stated she was in favor of request, but noted the commission had previously denied similar requests from commercial businesses who wanted a more visible sign.

“I don’t want to see the City get special treatment,” Riddell said. “I’m not against it, but all the arguments the City has put forward to approve it, are the same exact arguments businesses bring us.”

The previous building, which was the only activity center before the new building was completed, is still being used and Ben Requet, Oxford’s director of planning, stated this will be the only sign placed on either building and argued they are using up the allowed space from the original building as well.

Mark Levy, who works in the city’s public works department, was at Monday’s meeting to represent the City’s interest. Levy countered Riddell’s point that the building is not commercial in purpose, and the sign is to honor the long-time alderman.

The sign will have the City of Oxford’s official logo on top, with “Ulysses ‘Coach’ Howell Activity Center” beneath it and it will be backlit. While no other signs will be placed on the buildings themselves, it was discussed that monument signs might be placed on the Molly Barr Road side of the activity center in the future.