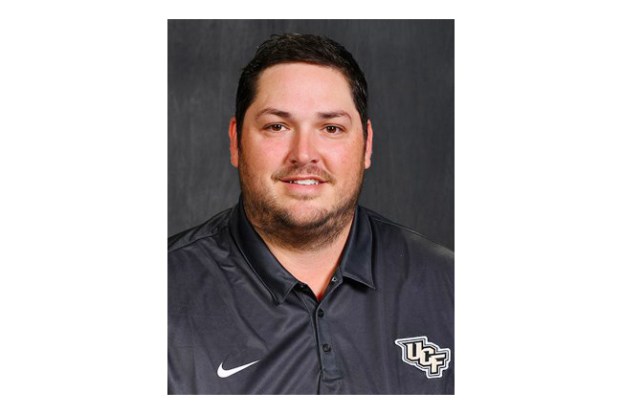 Lebby comes to Oxford after spending the last two seasons at UCF. Lebby joined the Knights in December 2017 as quarterbacks coach before being promoted to offensive coordinator prior to the start of the 2019 season.

Under Lebby’s direction this season, UCF ranks fourth nationally in total offense (536.6), the most in program history. The Knights also rank sixth in scoring (43.0), racking up 40 or more points in seven of their eight contests.

Only two teams in the country are averaging more than 300 yards passing and 200 yards rushing per game this season; Lebby’s UCF offense and No. 4 Oklahoma.

Lebby found immediate success in his first season in 2018, helping lead the Knights to their second straight undefeated regular season, another American Athletic Conference Championship, a berth in the 2019 Fiesta Bowl and a national ranking as high as seventh.

He tutored McKenzie Milton, who threw for 2,662 yards and 25 touchdowns on his way to his second American Athletic Conference Offensive Player of the Year honor. Milton finished sixth in the Heisman Trophy voting.

Lebby came to Orlando (2017) after one season as offensive coordinator at Southeastern University in Lakeland, Florida. He helped lead Southeastern to a 5-0 conference mark and a berth in the NAIA playoffs. Southeastern had the No. 1 scoring offense and the No. 3 total offense in the NAIA in 2017.

Prior to joining the Southeastern staff, Lebby served in various capacities on the football staff at Baylor. He was the passing game coordinator and offensive recruiting coordinator for two years. He coached the running backs for five years. Prior to those roles, Lebby was the assistant director of football operations in charge of offensive quality control, while also serving as the team’s liaison to the NFL.

Prior to his tenure at Baylor, Lebby served as the offensive line/tight ends coach at Victoria Memorial (Texas) High School. Lebby played high school football for his father Mike Lebby at Andrews (Texas) High and earned all-state honors as a senior. He signed with Oklahoma, but an injury ended his playing career. He then spent four years with the Sooners as a student assistant coach.

Smith joins the Rebels after spending the last three seasons as running backs coach for Kiffin at FAU. Prior to Smith’s arrival in Boca Raton, the Owls had tallied two seasons in which they had surpassed the 2,000-yard rushing mark as a team since the program started in 2001. Smith mentored the FAU running backs to three straight 2,000-yard rushing efforts.

Under Smith’s tutelage at FAU, Devin Singletary became the first running back in NCAA history to score 29 touchdowns in a season since Smith did it himself as a star at UCF. Singletary, whose 33 total TDs rank third all-time in single-season touchdowns, was named C-USA’s MVP in Smith’s first year at FAU.

The 2017 FAU running back ranked No. 6 nationally in rushing yards per game (285.3). The No. 6 national ranking was a jump of 45 spots from the previous year. Singletary and Kerrith Whyte, Jr. were both drafted in the 2019 NFL Draft.

Smith is no stranger to rushing records. The Miami native set 17 school rushing records at UCF, including an FBS single-season record with 450 carries and 13 100-yards performances in 2007.

After earning first team All-America honors his junior season at UCF, Smith was selected in the 2008 NFL Draft by the Detroit Lions in the third round. He went on to play five years for the Lions, amassing 17 rushing touchdowns while battling injuries during his career.

Love has spent the last three seasons on Kiffin’s staff in the same capacity at FAU where he was part of two Conference USA championships.

Love came to FAU after serving two seasons, 2015 and 2016, as an assistant football strength and conditioning coach at Alabama, where he also worked with Kiffin. The Tide captured the NCAA National Championship in 2015 and played for the title in 2016.

Love’s first season as a strength and conditioning coach provided him the opportunity to work with Ryan Kelly, a 2016 first round draft pick by the Indianapolis Colts, and second rounders Jarran Reed, who was taken by Seattle, and Detroit Lions defensive end A’Shawn Robinson.

Prior to his position as a strength and conditioning coach, Love served one year as a defensive graduate assistant (2014). The one-year stint provided the Alabama native the opportunity to work with the Tide’s defensive line while being mentored by head coach Nick Saban and defensive coordinator Kirby Smart. The 2014 season, his first as a coach, Alabama captured the SEC Championship.