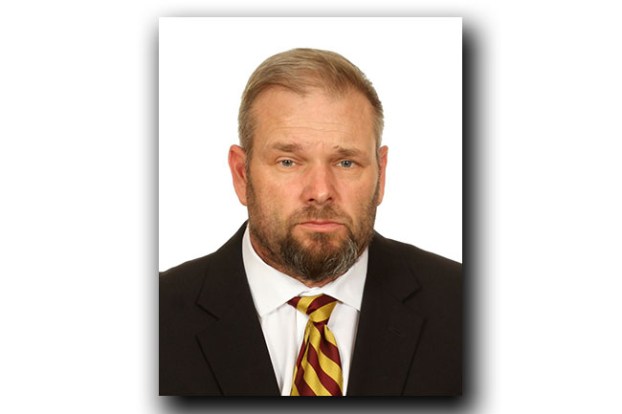 Clements comes to Oxford after spending last season at Florida State, while Gideon held the same title at Houston during the 2019 campaign.

Alex Collins, who spent last season with Kiffin at FAU, was also named senior personnel analyst for the Rebels. Prior to FAU, Collins held the same position at Nevada, a role he assumed in May of 2018 where he oversaw the Wolf Pack recruiting efforts. His efforts at Nevada helped to secure the Mountain West No. 2 ranked recruiting class. Collins gained his collegiate experience at the University of Southern California where he was a member of the football staff for six seasons.

A 30-year coaching veteran, Clements has spent 10 seasons working with newly assigned Ole Miss offensive coordinator Jeff Lebby. Prior to his one season at FSU, Clements was offensive line coach at Houston in 2018. Operating behind Clements’ offensive line, Houston averaged 43.9 points per game, ranking fifth in the nation, and 512.3 yards of total offense, the seventh-highest total in FBS. The Cougars were one of three teams to rank in the top-25 in passing and rushing offense, averaging 295.5 passing yards and 216.8 rushing yards per game to rank 16th and 24th, respectively.

The offensive line, led by All-AAC honorable mention guard Mason Denley, was a model of stability as Houston started the same combination in 12 of 13 games in 2018. That group helped quarterback D’Eriq King, who was a finalist for the Manning Award and semifinalist for the Maxwell Award and Davey O’Brien Award, put together one of the best seasons in the nation.

Prior to his time at Houston, Clements was the offensive line coach for Southeastern University in 2017. That year, the Fire won the Mid-South Conference Sun Division and advanced to the NAIA Football Championship Series behind an offense that scored 55.1 points per game. The points average led NAIA and was propped by the No. 2 rushing offense (330.4 yards per game) and the third-best total offense per game average of 557.4.

Clements helped elevate the Baylor program to historic heights, including back-to-back Big 12 championships, behind a record-setting offense. The 2013 team, which won the school’s first Big 12 title, led the nation with an average of 618.8 yards per game and 52.4 points per game while also ranking 13th with 259.7 rushing yards per game.

The 2014 team led the nation in points per game with 48.2 and total offense per game with 581.5 while winning the program’s second straight conference title and breaking the NCAA bowl record with 601 passing yards in the Cotton Bowl against No. 7 Michigan State.

While at Baylor, he coached linemen who earned a combined 13 All-Big 12 accolades and six All-America recognitions, including three unanimous selections.

Clements got his collegiate coaching career started at Houston where he coached the offensive line from 2003-07. Prior to his five years with the Cougars, Clements spent 13 years as offensive line coach and offensive coordinator at Stephenville High School in Stephenville, Texas.

Gideon comes to Oxford after serving as the special teams coordinator and nicklebacks coach at Houston for one season. Houston was No. 1 in the country in both blocked punts (five) and blocked kicks (six). The Cougars led the American Athletic Conference in kick return defense (17.6) and net punting (43.6).

Prior to Houston, Gideon was cornerbacks coach at Georgia State in 2018. He spent the previous two seasons on staff as the defensive backs coach and defensive passing game coordinator at Western Carolina. In 2017, Gideon helped coach a Western Carolina defense that ranked No. 15 nationally in passing yards per game allowed and No. 20 in pass efficiency defense.

Gideon was a four-year starter at safety and two-time team captain at Texas, where he played under head coach Mack Brown and defensive coordinators Will Muschamp and Manny Diaz.