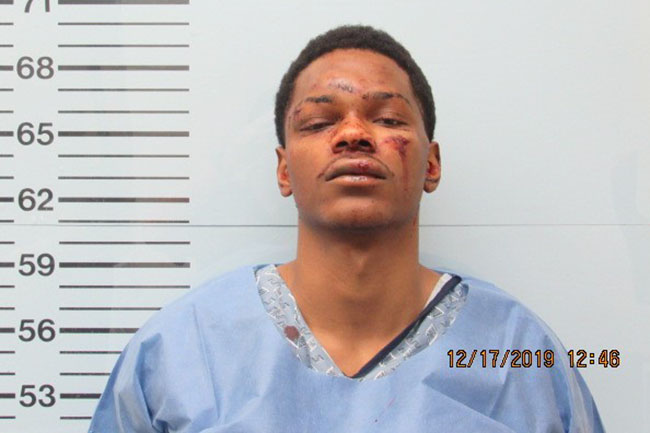 One man is custody and an investigation is ongoing following a shooting that took place on Monday night.

At approximately 8:38 p.m., officers with the Oxford Police Department responded to a residence on Chickasaw Road for a report of someone who had been shot. Upon arriving to the residence, officers found a “chaotic scene” with multiple people injured, according to OPD.

One victim was in critical condition after suffering a gunshot wound to the chest area. First aid was administered immediately, while emergency medical services was on its way to the scene. The victim was then transported to North Mississippi Medical Center in Tupelo. An updated condition on the victim was not provided as of publication time.

Victims began informing officers on scene who one of the suspects was. The suspect, who was still on scene, was identified as Jalen Foote, 20 of Hazel Crest, Ill. Foote was taken into custody, but also suffered moderate injuries from victims fighting back.

Foote was transported to Baptist Memorial Hospital-North Mississippi while another victim was located and transported with non-life-threatening injuries.

Investigators arrived and began to process the scene. They discovered multiple gunshots had been fired from inside the residence. Victims informed them that three or four individuals came into the house and began demanding money. A fight began shortly after, which led to the injuries and the shooting. Other suspects were able to escape, and fled the scene in a small sports utility vehicle driving toward Highway 30.

Foote is currently at the Lafayette County Detention Center and is charged with aggravated assault and home invasion. He is currently awaiting his initial court appearance in front of a Justice Court Judge.

The investigation is still active and OPD anticipates more arrests. If anyone has information regarding the incident or anyone who could be involved, they are encouraged to contact OPD at 662-232-2400 or CrimeStoppers at 662-234-8477.