Charger hoops get pair of key wins at Calhoun City 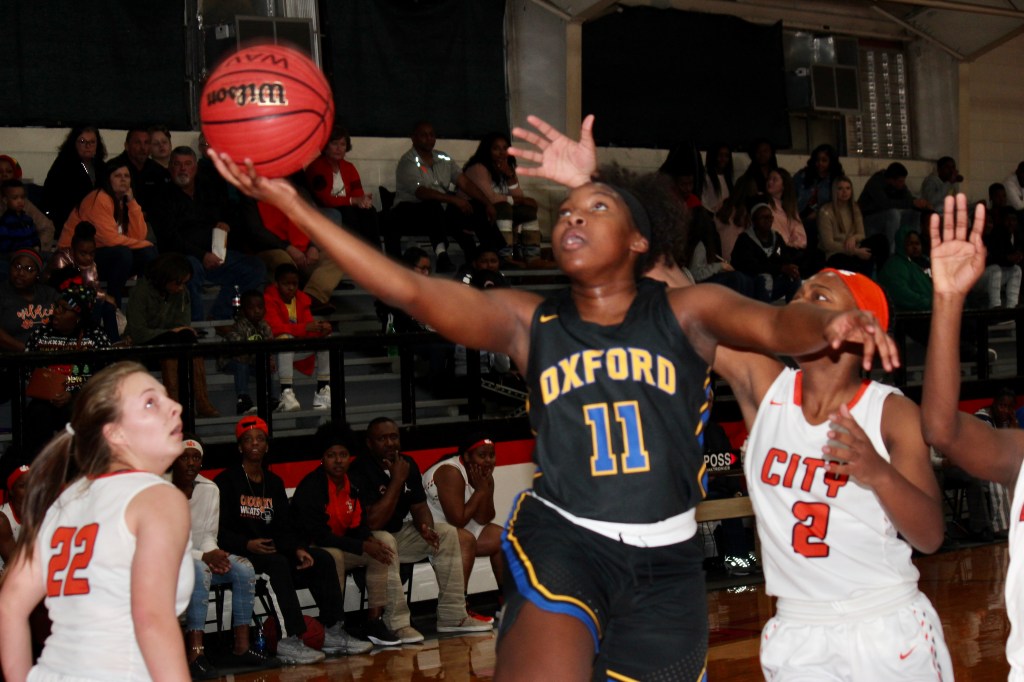 Oxford’s Addison Howell goes up for a layup against Calhoun City on Thursday, Dec. 19 (via. John Macon Gillespie)

The Lady Chargers (9-4) took down Calhoun City’s Lady Wildcats 55-38 behind a strong defensive performance. Oxford head coach Cliff Orman credited the win to the effort on the defensive side of the ball from his Chargers.

“I thought early on, our defense kind of started us off going pretty good,” Orman said. “We just weren’t finishing at the rim like we wanted to. We never could really separate. I thought we played really hard; we’ve just got to finish around the rim.”

Offensively, the Lady Chargers were led in scoring by senior Caliya Toles with 17 points. Toles, who was averaging 11.3 points per game entering the contest, had nine points in the third quarter to help Oxford extend its lead after the intermission.

“(Toles) has been playing really well lately and no doubt changes the game,” Orman said. “She’s an impact player because of her size, but she came out in the third quarter and hit three early baskets to give us a little breathing room. I thought we did well inside. We’ve just got to make those easy shots and make my life a little easier.”

Drew Tyler’s boys’ team held on to knock off Calhoun City 80-73 on Thursday night as well.

The Chargers (9-5) received scoring efforts from Kylan Blackmon and J.J. Pegues, who dropped 24 and 22 points, respectively. Head coach Drew Tyler had high praise for Pegues, who signed to play football with Auburn on Wednesday.

“We found some mismatches with Blackmon and Pegues,” Tyler said. “(Pegues) will play football at Auburn University, but he has proven that he’s an all-around athlete. He’s a winner and competitor. People would think he might miss a beat coming onto the basketball court, and he didn’t miss a beat tonight.”

According to Tyler, the Chargers also had an emphasis on rebounds in the second half when Calhoun City was threatening.

“(We) valued the importance of a rebound,” Tyler said. “You can tell it was a fast-paced game, and when you’re eight-to-10 points up on a Daren Coffey team, they’re always within striking distance because they score in spurts.”

Tyler and Daren Coffey, the boys’ head coach at Calhoun City, are friends and have sent their programs to out-of-state tournaments before, including a trip to Washington, D.C., earlier this month.

“He runs his program a lot like mine,” Tyler said. “We do so much off the court. Daren and I believe that kids don’t care what you know until they know you care. Daren Coffey is a mentor and father to so many in the Calhoun City area. He’s a good guy to have in my corner.”

Up next for Oxford are two out-of-state tournaments. The Lady Chargers will be participating in the Adams Eye Care Classic in Arkansas beginning Dec. 27, and the Chargers will attend the Great 8 Tournament in Missouri.

COLUMN: Preaching patience: A slow start to recruiting is…