Miscommunications: Behind the scenes in the Rebels’ recruitment of JJ Pegues 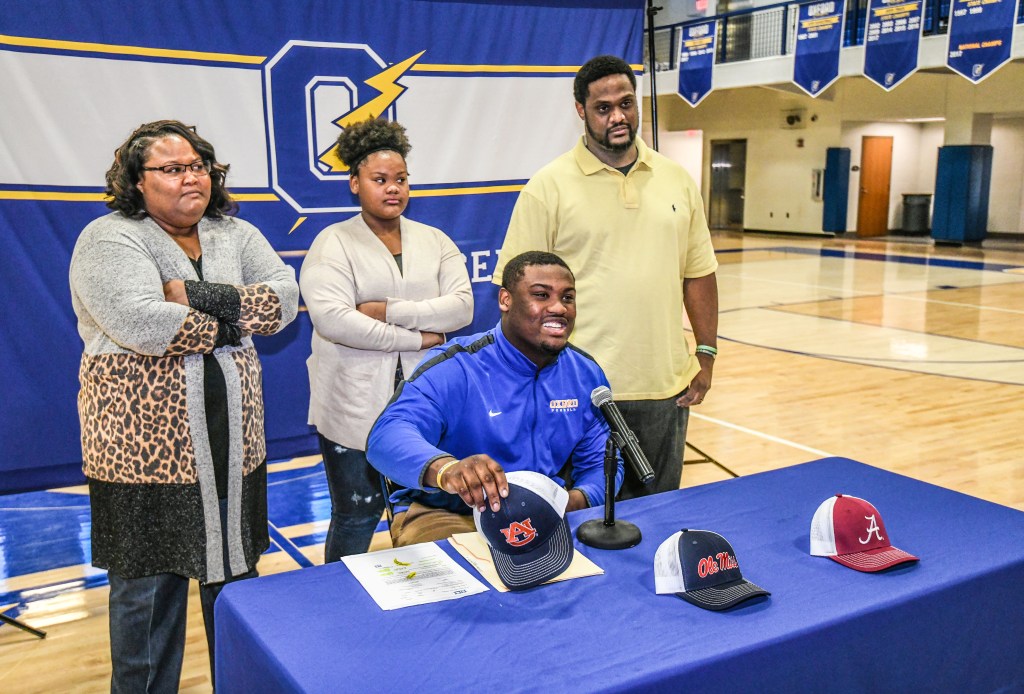 Early signing windows inherently give fresh head coaches very little time to catch up. From the moment Lane Kiffin took over at Ole Miss, he had just about a week and a half to turn kids, many whom he had never met, into future Rebels.

Unfortunately for Ole Miss, in the recruitment of Oxford native and four-star tight end JJ Pegues, that left Kiffin with very little time to catch up with the athlete. In fact, they never really talked.

“I don’t know if it was a miscommunication or what,” JJ’s father, Jerry Pegues, said. “We had a couple of in-home visits scheduled and they never got back to us to let us know what time or when they were going to be there. The last one was during last week, when he was in Hattiesburg for the All-Star Game.”

JJ chose Auburn on Wednesday morning over Ole Miss and Alabama. JJ himself was the one that acknowledged that he never spoke to Kiffin, adding that when Ole Miss brought in a new coach, it kind of moved them to the background of his search.

Pegues was pretty forward in the days after Matt Luke was fired. He said Luke was what made Ole Miss feel like a family, that he was relatively blindsided by the decision and that the Rebels moving on from Luke hurt. It was Matt Luke who had been recruiting him to Oxford since he was in the seventh grade.

By the time Kiffin and Ole Miss reached out, Pegues had likely made up his mind by this point. He, personally, did not directly speak to Kiffin, but the head coach and his staff were trying to reach out to the tight end.

“He was at the (Mississippi-Alabama) All-Star game, so we couldn’t go see him. We talked to his coach and tried to get him on the phone, but he said he wasn’t interested and had made his decision,” Kiffin said. “He was supposed to be up here, the first morning that I was here and he didn’t show up. So, you can only do what the rules allow.”

Oxford head coach Chris Cutcliffe confirmed that he and Kiffin had talked over the phone.

He also reiterated the point that Pegues, by the time the new Rebels head coach was in place, had already known that he was heading east to Auburn.

“(Lane and I) talked one day about JJ as a player and a person and all those things. He was just trying to do his homework and get to know JJ a little bit. But I think at that point, JJ had already made his mind up about what he wanted to do,” Cutcliffe said. “He had asked me about the possibility of maybe seeing JJ when he got home from the All-Star game, but JJ just didn’t want to go that route. He had already made his decision.”

Kiffin did his due diligence on the talented player in his backyard. Pegues just had likely already decided he wouldn’t go to Ole Miss. Neither are necessarily wrong. It’s fair for Rebel fans to be upset that the best player in their backyard will play college football in the state of Alabama for the second year in a row. It’s also more fair just to be happy for Pegues for making the decision that felt right, even if it meant leaving home.

What the Rebels’ early signees are saying about sticking…