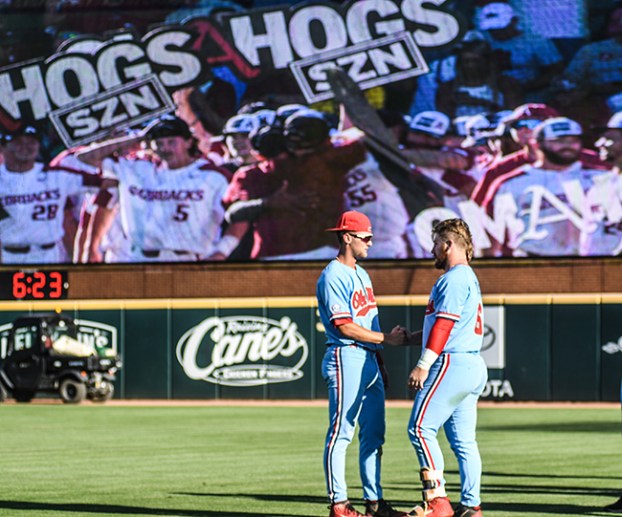 As the year, and the decade, closes, everyone inherently takes time around the holiday season to reflect on the best, or at least the most interesting, parts of their year.

The Oxford area had quite a few high points in the year of sports in a list that was far from finalized entering the month of December. Over the next two papers, we have ranked the top 10 moments from the year 2019, in Oxford sports, first 10 through six:

For the second time in her illustrious Oxford High career, Mo O’Connor was named the Mississippi girls soccer player of the year in June. In her final year as a Charger, O’Connor scored 34 goals, adding seven assists, while leading Oxford (18-2-1) to the 6A state quarterfinals in the playoffs. Over the course of her entire high school career, she totaled a lofty 141 goals and 55 assists. She was also named an Allstate All-American.

Now at Ole Miss, O’Connor appeared in 20 matches as a freshman, making 11 starts. She scored two goals during her rookie season and was named to the All-SEC Freshman team for her performance this year.

Lafayette has only been a 5A program for two tennis seasons, but they’ve shown face in the MHSAA state tennis championships in both years. The Commodores had to come from behind back in April to knock of Lewisburg 4-3 to advance to their second-straight title, the North-half match coming down to a pair of freshmen needing to win a tiebreak set to push the team on to state.

A.J. Brown was the 51st player selected in the 2019 NFL Draft. He currently sits third in NFL Offensive Rookie of the Year odds, according to Las Vegas sports books. It’s safe to say quite a few teams regret passing on the current Tennessee Titan.

But it’s not just Brown, who’s to this point amassed 987 yards from scrimmage to go along with eight touchdowns during his rookie season, Oxford’s own D.K. Metcalf is having a really impressive rookie seasons himself. Despite missing a good bit of the preseason receiving from a minor knee procedure, Metcalf showed early, quick chemistry with Russell Wilson and the Seattle Seahawks. In 15 games as a rookie he’s totaled 819 yards and six touchdowns, despite being the No. 64 overall pick in the draft.

Left tackle Greg Little was also drafted early in the second round, but hasn’t seen much playing time with the Carolina Panthers during his rookie year while battling a consistent string of injuries.

7. End of an Era for Ole Miss baseball

This moment from 2019 came in Fayetteville, Ark., just minutes after the Ole Miss season ended in the Super Regionals to the Razorbacks. The emotion in Thomas Dillard’s voice as he spoke about his last game with Grae Kessinger and Houston Roth, guys who have been playing baseball together since they were kids, is just hard to forget. Having none of the three on the Rebel team this upcoming season will be an adjustment.

Lafayette came so close in 2019, losing in the 5A state championship game 7-2 to West Jones. But for the Lafayette baseball team, that moment shouldn’t be one of disdain or disappointment. From where they were the year before, having not even made the playoffs in the first year under new head coach John Walker, the 2019 season and state championship run is an overarching, unquestioned triumph.

The taste of defeat from that state championship in Pearl may stick with some of the graduating seniors for some time. But for the players coming back, you have to think it can only motivate them more.

“You hope they look back and say ‘wow that was a really cool deal,’” said head coach John Walker after the loss back in May. “For the younger guys you hope they’re thinking about getting back and finishing it. Because I think next year we have a team with a good core that can get us back there.”