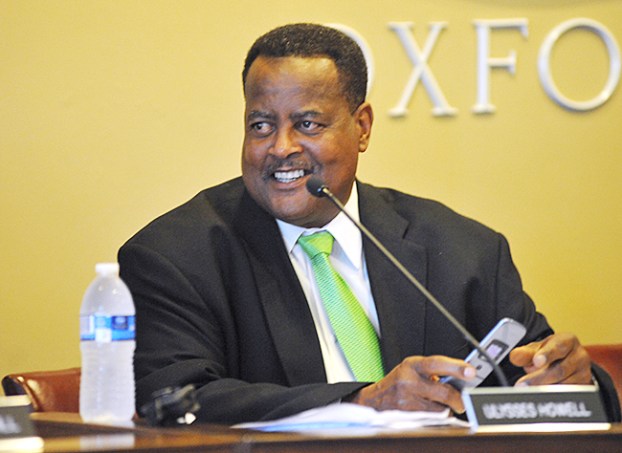 Editor’s Note: This is the second of our four-part series, taking a look back at some of the most notable stories of 2019.

Gone But Not Forgotten

The spring months of 2019 were filled with moments where the Oxford and Ole Miss community had to prematurely say goodbye to friends and colleagues.

On May 11, Alderman Ulysses “Coach” Howell passed away after suffering a massive stroke the day prior. Oxford Mayor Robyn Tannehill shared the news of Howell’s death via social media. Howell passed in a Memphis hospital surrounded by friends and family.

Howell was an influential force in the LOU Community and served in several capacities for 47 years. He began working for the Oxford School District in 1972 and ultimately retired as an assistant principal at Oxford High School 37 years later. Howell served on the Board of Aldermen for 26 years, making him the longest-tenured alderman on the Board.

In April, the Ole Miss basketball family lost one of its greatest players in program history. Johnny Neumann passed away after a battle with brain cancer.

Oxford experienced two heartbreaking and heinous crimes in 2019 and the first one rocked the city to its core with the murder of Dominique Clayton.

Clayton’s body was found by her son in the bedroom of her Brittany Woods home on May 20, and the events that followed shocked the community. Days later, Matthew Kinne, who at the time was an officer with the Oxford Police Department, was arrested and subsequently charged with Clayton’s murder, after it was proven she died from gunshot wounds.

Details would come out that Clayton and her alleged murderer had a romantic relationship of some kind. In late August, Kinne was charged with capital murder and is still awaiting trial. He has since moved from the Panola County Jail to the Union County Jail after a photo emerged of him eating outside of his cell at a desk and appearing to receive preferential treatment.

The Ole Miss athletics department lost its leader in May with the departure of Ross Bjork.

Bjork, who had served as Ole Miss’s vice chancellor of intercollegiate athletics, left for Texas A&M to take the same job. While working at Ole Miss since 2012, Bjork was tasked with navigating the football program through the NCAA investigation and also responsible for the hiring of Hugh Freeze, Kermit Davis and others.

“We will forever cherish our time at Ole Miss and in Oxford. … I am proud of the athletics accomplishments and the infrastructure improvements we were able to achieve during the last seven years, but I am most proud of our student-athletes. They always believed they could achieve greatness in the classroom, and now Ole Miss Athletics has the highest grade point average, graduation rates and APR scores in the history of the program,” Bjork said in a statement. “Despite some challenges along the way, Ole Miss is a great place, and I appreciate all of the support that every Chancellor has provided and especially my strong relationship with Larry Sparks. We have built lifelong friendships and will always revere our time as Rebels.”

During Bjork’s tenure the Pavilion at Ole Miss was built and Vaught-Hemingway Stadium was bowled in to increase seating capacity.

In late April the annual Double Decker Arts Festival held its 24th edition with one of its biggest music lineups in its history.

The festival, which takes over the Downtown Square in the final weekend of April, saw nearly 60,000 people fill its streets to purchase art, enjoy some of Oxford’s notable food options and listen to music from national artists such as Jason Isbell and Lucero. The 2020 edition is expected to be even bigger as it celebrates 25 years.

University Avenue received some color over the summer with the installation of Oxford’s first outdoor mural.

The mural, which fills the back wall of Sneed’s Ace Hardware store that faces South 14th Street, was done by Wendell Brunious and JoLean Laborde. The New Orleans couple met Earl Dismuke at an art gallery in Waveland, which was the beginning of a relationship that led to the creation of the mural.

The 1,800 square-foot mural was entirely done by spray paint and completed in late June.

Editor’s Note: This is the first of our four-part series, taking a look back at some of the most notable... read more