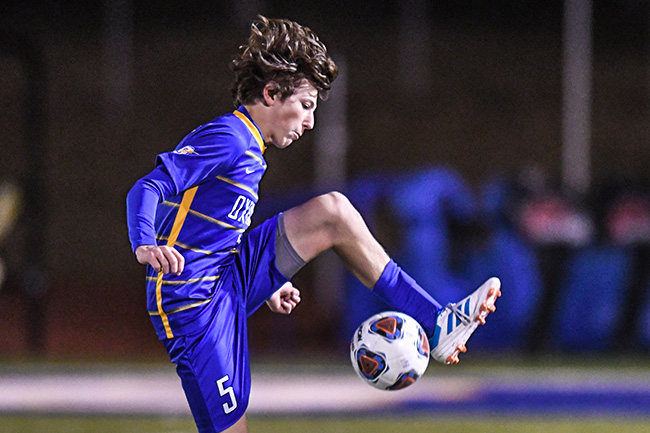 The holiday season seems to always speed everything up into hyperdrive, but for the high school sports schedule, it works in exactly the opposite way.

Multiple local coaches have said that they almost treat the winter sport seasons in three parts: a season pre-Thanksgiving, a season between Thanksgiving and the Christmas and New Year break, and a post-New Year season.

With all teams grounded until Jan. 3, at the earliest, it’s as good a time as any to check in on where all the local winter sports teams sit through the first two parts of the season and right before the meat of region play kicks off.

It hasn’t been the easiest season for the Commodores by any means. That said, they showed some signs of positivity late going into the winter break. After starting the season 0-9, Lafayette won two of their final four games going into the break, including a 59-57 win on the road against 6A Horn Lake. The reason for positivity for the Commodores lies in the team’s youth. Lafayette’s top three scorers are a junior, a sophomore and an eighth-grader.

Girls Basketball: 11-1, ranked No. 2 in Mississippi by MaxPreps

Simply put, the Lafayette girls might have the best basketball team in Mississippi. Starting the season 11-0, the Lady Commodores still have yet to lose to a team from Mississippi. Their only loss this year came this past weekend, playing teams from out of state at the Lady Indian Christmas Tournament in Biloxi.

Of the eight losses for Lafayette’s boys soccer team this year, five have come to teams in 6A. It’s a good sign for a team that’s about to enter the meat of their region play, the games that truly matter when making the playoffs is the desired end goal. Junior forward Anthony Jones has been on a tear for the Commodores to start the year, scoring eight goals and assisting on five more in just 15 games.

Defending their 5A state title from a year ago, the Lafayette girls are playing a little more balanced this season. Where Lucy Wilson totaled 13 more points than anyone on the team a year ago, including a state championship game hat trick, the team currently has three girls with over 20 points and eight goals.

Like the Lafayette girls basketball team, the Oxford boys have a serious case to be made for the best team in Mississippi. Sure, the team has lost six games, but they’ve also played six games in out-of-state tournaments against very talented competition. The team went 1-2 in a trip to Washington D.C. earlier in December before going 2-1 in this past weekend’s Great 8 Classic in Missouri.

This is surely the most talented team Cliff Orman has had at Oxford since the 2015-16 team, which won 25 games. The last few years since that team have been a struggle for Oxford, but it seems like they’ve turned the corner this season. Senior Caliyah Toles has been especially impressive for the Chargers, averaging a double-double with 11.4 points and 11.2 rebounds per game.

Charles Sabatier was really expected about his Charger unit going into this season. The boys sort of limped into the winter break, going 0-2-1 into break, but with a 2-0 start to region play it still seems like he has good reason for that optimism. Luke Freeman has been leading the way for Oxford, scoring ten goals in the early season and adding four more assists.

The Oxford girls really have just one true loss this season – the other came in penalty kicks after a 1-1 tie in regulation with Lafayette. The one true loss came right before the break, a 7-2 beatdown from West Lauderdale, the state’s No. 3 ranked team, as part of the Tupelo Classic.

After suffering a four-game losing streak early in their season, the Blue Devils have rallied and since have won four of five games going into break. In five games since football season, Darius Tolbert has been remarkable efficient for Water Valley. He’s averaging 10.4 points per game, but doing so on a ridiculous 81-percent from the field.

The Water Valley girls have simply been very volatile this year. They’ve blown out teams, winning games of 59-9 and 75-19 but they’ve also lost a game in which they surrendered 100 points. The girls lost their region opener in a close 56-49 game to Byhalia but open the New Year with six straight region games to set the record straight.