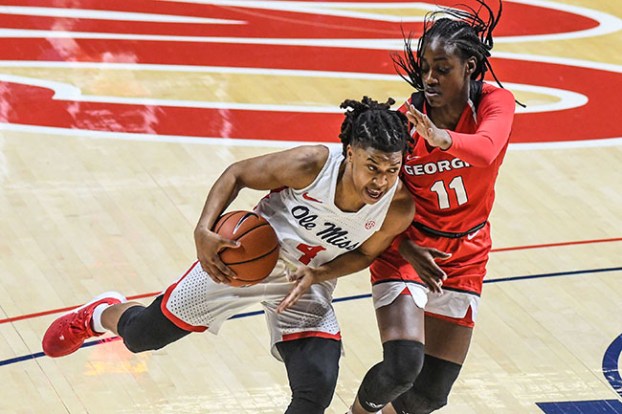 Nesbitt, a member of the Rebels’ 2019 recruiting class, was considered one of the nation’s top-rated junior college point guards when she signed with Ole Miss this past offseason. Her stint in Oxford lasted just 15 games.

“Right now, we’re trying to build a positive culture so that we can have a program that lasts,” head coach Yolett McPhee-McCuin said. “I’m really focused on above-the-line actions. Right now, Valerie just needs a pause on basketball here with us. Her actions just have not been above-the-line consistently. So I just believed it was in our best interest to move separate ways.”

McPhee-McCuin would not go into specifics on what had caused the team to want to move forward without their talented guard, saying that Nesbitt exhibited “actions that didn’t reflect the way I want to run a program.”

Through the team’s opening 15 games, Nesbitt was the team’s second leading scorer, averaging 11.3 points per game, and played the second most minutes of anyone on the team with 24.3.

“No level of player, no talent can make me sacrifice what we’re trying to build,” McPhee-McCuin said. “I’ve known (Nesbit) for a long time. She’ll probably be a part of my life moving forward, just not in this fashion, right now. I’m just giving her that freedom to be able to right some of her wrongs. And not just right her wrongs, just grow personally. That’s just where we are right now.”

Nesbitt and McPhee-McCuin, both from the Bahamas, have known each other since Nesbitt was around nine or 10 years old, something the coach said impacts her relationship with the player, but had no effect on her choice to part ways with her in this capacity.

The phrase “building a program to last” was a major point of emphasis for McPhee-McCuin.

From a basketball perspective, this is a team already struggling with having a short bench following Sarah Dumitrescu missing the season with a torn ACL. McPhee-McCuin stressed that everyone else just needs to get ready to be able to play more minutes.