Oxford’s Board of Aldermen approve proclamation for Edward Aschoff Day 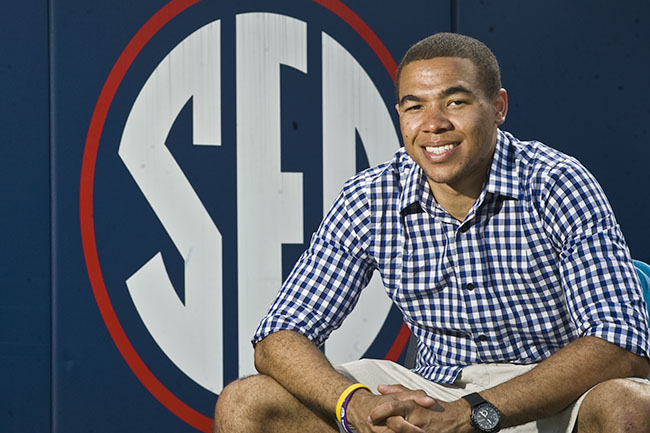 Edward Aschoff, in Oxford, Miss. on Wednesday, May 2, 2012, is a reporter for espn.com. (Bruce Newman, Oxford Eagle)

Following the Christmas Eve death of Oxford native Edward Aschoff, who passed away suddenly after succumbing to a form of pneumonia, the City of Oxford will honor the sports journalist later this month.

During their regular meeting on Tuesday, the Board of Aldermen unanimously approved a proclamation declaring Jan. 18, 2020 as Edward Aschoff Day. A memorial service will be held for Aschoff in Oxford on Jan. 18 as well.

Mayor Robyn Tannehill presented the proclamation to the Board after the suggestion to do such a gesture was made to her by author Wright Thompson, one of Aschoff’s colleagues at ESPN.

“Wright asked if we would consider proclaiming January 18 as Edward Aschoff Day and I told him we would be honored to,” Tannehill said. “I did not personally know Edward, but to see and hear and read all of the different stories and the accounts of not only what a talented person he was, but the time that he took to mentor others.”

Aschoff, a 2004 graduate of Oxford High School, found success as one of ESPN’s more prominent college football reporters and had been based in Los Angeles the last couple of years.

A copy of the proclamation can be read here.