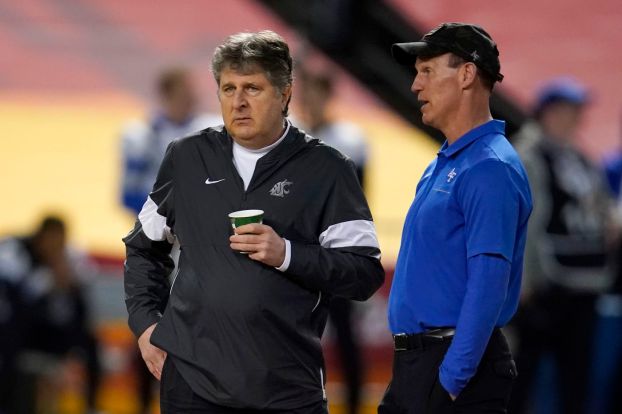 Mississippi State has hired Washington State’s Mike Leach as its new head coach Thursday, bringing one of the nation’s quirkiest and most successful coaches to the Southeastern Conference.

Leach will be formally introduced at a noon Friday press conference at the Leo Seal Jr. Football Complex. The event is open to the public and will be carried live on the SEC Network.

Leach will replace Joe Moorhead, who was fired last week after two seasons.

The post-bowl game firing was unusual, but the Bulldogs landed a coach with a long track record of winning at programs that have historically struggled. In 18 years with Texas Tech and Washington State, Leach is 139-90, using his Air Raid offense to set records and consistently reach the postseason.

At Washington State, Leach took over a program that had been mired in the Pac-12 basement and went to five straight bowl games, including an 11-2 season in 2018.

He finished 55-47 in eight seasons with the Cougars. He produced a similar turnaround at Texas Tech, taking the Red Raiders to bowl games in all 10 seasons.

His style is anything but typical. Leach gets a lot of attention for his news conferences, where he has doled out wedding advice and pondered which Pac-12 mascots would survive a fight.

It has not all been fun and games, though.

Leach was fired by Texas Tech after being accused of mistreating a player with a concussion and then butting heads with his bosses. When his teams have struggled, Leach has not been shy about calling players soft and making other disparaging remarks.

On the field, however, his teams win more than they lose and his quarterbacks typically throw for more yards than just about any in the country.