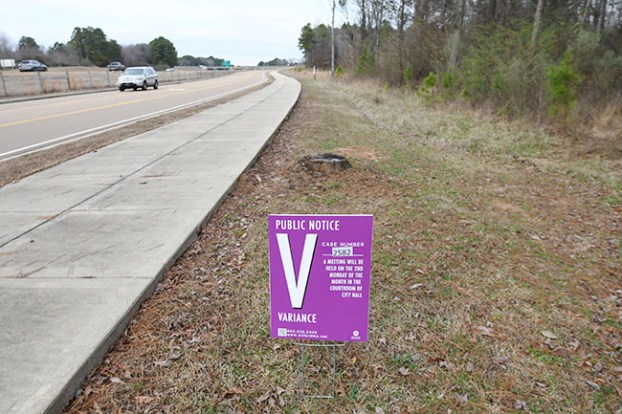 After serving waffles in Oxford city limits for the first time last fall, Waffle House will soon be a permanent fixture.

During Monday’s Planning Commission meeting, the world famous 24-hour breakfast eatery was discussed officially for the first time. Oxford’s first Waffle House is planned to be located off Ed Perry Boulevard, around half a mile north of the Malco Oxford Commons.

News of Oxford getting its first Waffle House began to grow following their stop on the Downtown Square last September as part of National Waffle Week. It was revealed then that locations were being scouted and the City should expect one to be built sometime this year.

While a site plan is still under review by the city’s Site Plan Review Committee, Waffle House requested a variance to allow more parking than is designated in the Land Development Code for a restaurant. The request was granted without much discussion and voted in favor of by the Planning Commission.

The property on which Waffle House intends to be built is .6 acres and currently undeveloped with no other structures built so far. The restaurant will be 1,800 square feet and will provide 31 parking spaces. The Section 3.8.8.3(a) under Restaurants: Parking states that one space is required for each 100 square feet of patron area. In this instance, 18 parking spaces are required, yet the code does allow a development proposal to provide a maximum of 25 percent more parking than what is allowed.

An additional 25 percent of parking for Waffle House’s proposal would allow for a total of 23 spaces. A letter provided by Ken Williams, vice president and real estate representative for Waffle House, Inc., states Waffle House “does not provided ‘drive-through’ service and therefore nearly all of our customers arrive by car and need a convenient place to park.” The letter goes on to stay that restaurants with a drive-thru can function with fewer on-site parking spaces “since much of their business is done at the drive-through window.”

A timetable for when the Waffle House would begin constructed and completed has not been provided, due to a site plan not yet approved by the Planning Commission and other subsequent steps in the process not yet been taken.