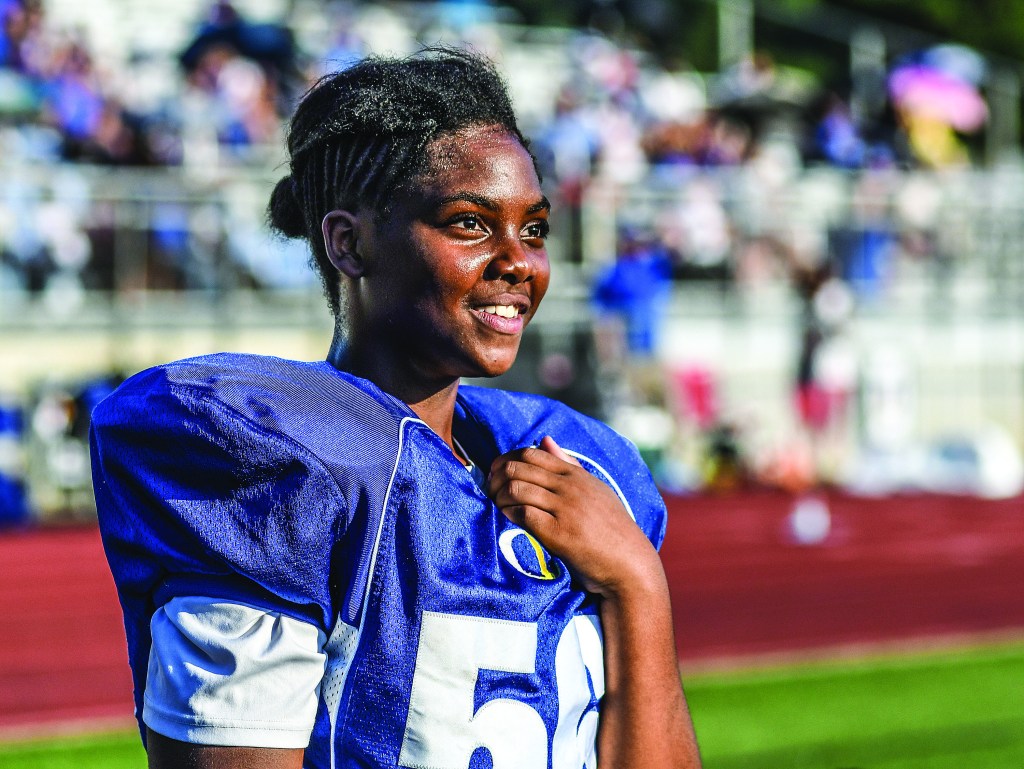 Echols, just a seventh grader, became the first female football player to suit up for the Oxford Middle School team this past season, starting at right tackle for the Chargers.

As first reported by The EAGLE in September, and later picked up by more state and national outlets, 2019 was the first year of playing organized football for the seventh grader, who grew up playing with her cousins and brothers.

“It’s a sport that I grew up playing since I was like four or five, but I was never really accepted on the school team. So, I would just play with my brother and my cousins,” Echols said back in September. “I think it’s pretty cool that they allow me as a girl and (person of) my color to play. At my other school they were like, ‘Heck no.’”

Echols’ Good Morning America appearance, a sit-down with host Michael Strahan – who himself played 15 years in the NFL – is expected to air sometime between 7 and 8 a.m. Central Time on Friday morning.