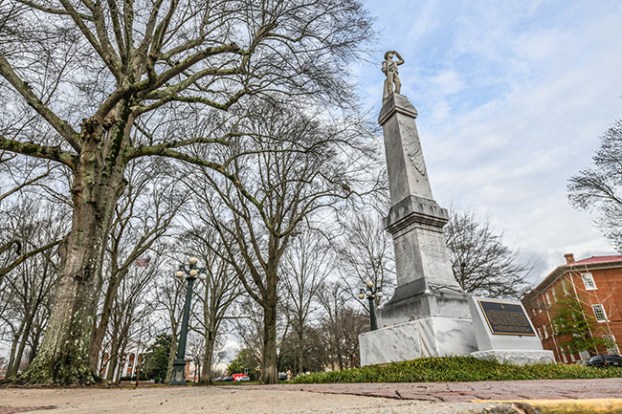 The fate of the Confederate statue on the University of Mississippi’s campus is on hold.

During their monthly meeting, the Institute of Higher Learning’s Board of Trustees pulled the item of relocating the statue from its current location on the Lyceum Circle to the Confederate cemetery from discussion.

The IHL Board was expected to vote on the statue, which is the final step required in the process, but Board member Thomas Duff made the motion to pull the relocation item off the agenda until the University could submit a full report on campus contextualization of related symbols.

“Given this is a very important matter, I’d like to receive a full report before we vote on such, thus, I will be pulling this matter from the agenda today,” Duff said.

The motion was approved and the item was tabled until a future IHL Board meeting. When that may be is currently unknown at this time.

Ahead of the monument item on the agenda was the discussion of renaming the STEM building on the University’s campus, which has yet to begin construction. The Board voted to name it the “Jim and Thomas Duff Center for Science and Technology Innovation.” The Duffs have committed $26 million donation to the school.

Duff recused himself from the STEM building vote.

Erected in 1906, the statue has stood at the front of the Lyceum Circle, honoring soldiers from the Confederate army in the Civil War. It has been a symbol of division, which has grown in recent years and culminating in a march by two pro-Confederate groups last February, and other protests by groups in favor of its removal.

With the IHL’s approval, the statue can be moved to a more “suitable” location on campus, to paraphrase language from the Memorial Protection Act.

According to a report provided in the IHL’s Board Book for Thursday’s meeting, it will cost approximately $650,000 to move the statue, once approved. The University has previously stated that process will take 90 consecutive days to complete.

The relocation plans themselves were approved by the Mississippi Department of Archives and History last month, leaving the IHL’s approval, or denial, of the University’s request to move the statue as the final step in the process.

IHL’s next scheduled board meeting is Feb. 20, but it is not known if the requested report will be completed and submitted in time for the item to be added to that agenda.

Harold Burson, a 1940 University of Mississippi graduate often heralded as the “Father of Public Relations,” has died at the... read more