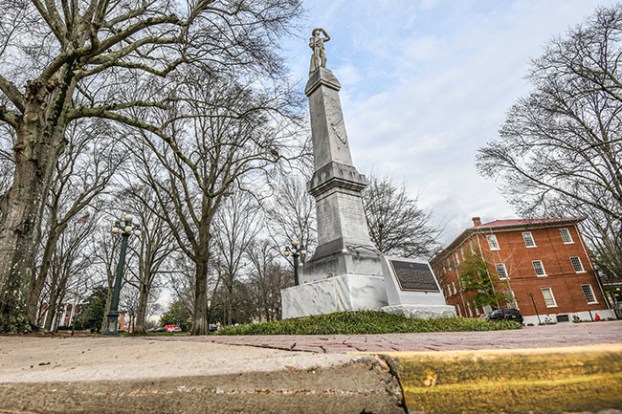 The Institute of Higher Learning’s Board of Trustees opted to not discuss the relocation of a Confederate statue on the University of Mississippi’s campus on Thursday morning, and University leaders began reacting hours later.

Ole Miss Chancellor Glenn Boyce, who was in attendance at Thursday’s board meeting in Jackson, issued a statement Thursday afternoon stating the University will cooperate with the IHL and provide a full report by the Chancellor’s Advisory Committee on History and Contextualization to the Board as requested.

Board member Tom Duff made the motion to pull the item off Thursday’s agenda, asking for more information and time to look over the report before bringing the matter back to the Board.

“We are committed to working with the board to accomplish our goal of relocating the monument,” Boyce’s statement read. “We appreciate all of the work that our campus constituents and others have put forward on this important issue for our university.”

Boyce’s statement also reiterated that the IHL Board has “exclusive authority” to relocate the statue, and the report to the Board is required before the University can re-submit the relocation proposal to the IHL for their approval.

Soon after Thursday morning’s decision by the IHL, a statement was issued by Associated Student Body president Barron Mayfield regarding the Board’s actions.

The ASB was one of the first governing bodies at the University to pass a resolution asking to move the statue from the Lyceum Circle to the Confederate cemetery behind the C.M. ‘Tad’ Smith Coliseum. Other University groups followed suit soon after the ASB resolution passed.

“I am incredibly disappointed in the decision made today by the IHL to postpone the vote to relocate the confederate monument on the University of Mississippi’s campus,” Mayfield’s statement read. “Nearly a year after our University’s governing organizations — the ASB Senate, Faculty Senate, Staff Council, and GSC — unanimously voted to relocate the monument, the IHL Board responded with woeful action.”

Mayfield’s statement went on to say “this fight is not over,” and that he plans to continue working with other student leaders and administrators to ensure the “proposal is quickly added back” to a future IHL board meeting agenda.

The IHL Board’s next meeting is scheduled for Feb. 20 in Jackson.

The fate of the Confederate statue on the University of Mississippi’s campus is on hold. During their monthly meeting, the... read more