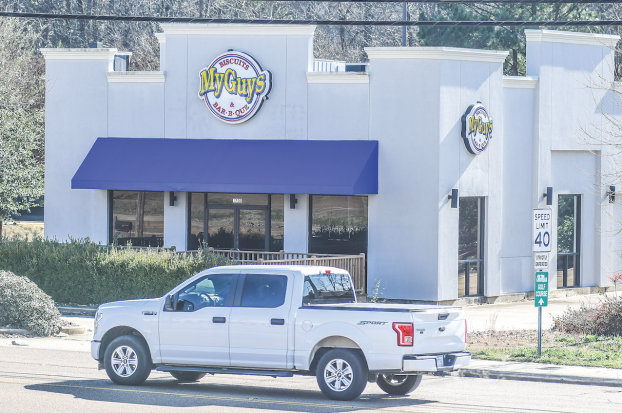 A Dairy Queen Grill & Chill will go in the location that originally housed My Guys, on West Jackson Avenue in Oxford, Miss. on Monday, January 20, 2020. (Bruce Newman, Oxford Eagle)

Dairy Queen is on the way to Oxford

A blizzard is set to hit Oxford.

Dairy Queen will open later this year in the former My Guys Biscuits and BBQ building on Jackson Avenue. AJ Kiamie with Kiamie Real Estate is helping bring the national fast food franchise to Oxford after they originally built the building for Krystal’s, which relocated, and has since been occupied by C Spire and then My Guys.

After the closure of My Guys in 2016, the building laid dormant. Newk’s co-founder and MyGuys owner, Don Newcomb, still has the lease for the building and worked with Kiamie to find the right business to fill the 3,600 square-foot space.

“We kind of sat on it for a little while because really, we were trying to find the right tenant mix,” Kiamie said. “We had tons of interest in the building, because it’s probably one of the last free-standing buildings on Jackson Avenue. It sets up perfectly for fast food and (we were) trying to find the right fast food franchise for Oxford that we didn’t have that fits a niche.”

After going “round and round” looking for the right sub-leaser, Kiamie and Newcomb settled on Dairy Queen, which will bring their DQ Grill & Chill restaurant to the Oxford location. The nation’s largest Dairy Queen franchisee, who has over 200 Dairy Queens in the country, will oversee the Oxford store.

With the building already designed for restaurant use, the only work taking place is a little remodeling. Oxford’s Planning Department did not require any variance requests, which meant Kiamie did not have to go in front of the Planning Commission for this project. A site plan and building permit is awaiting final approval by the City, and construction is set to begin “any day,” according to Kiamie.

Along with having their traditional ice cream selections, including ice cream cakes, the restaurant will offer hot meals and fast food items on the “Grill” portion of the menu.

The building’s location on Jackson Avenue and proximity to the University of Mississippi’s campus was a key reason it was selected for the Dairy Queen site, Kiamie said.

“I just think it’s going to be a really good fit for Oxford,” Kiamie said. “That’s actually one of the closest building to campus, so there’s not a whole lot of food between there and campus, besides Firehouse (Subs). It’ll set up nicely.”

Once construction begins, the restaurant is anticipated to open within the next couple months. The building is located next to the current Regions Bank location at 1700 Jackson Avenue.

Josephine Johnson Chambliss, longtime educator in the Oxford School District, is being fondly remembered for her role in shaping the... read more