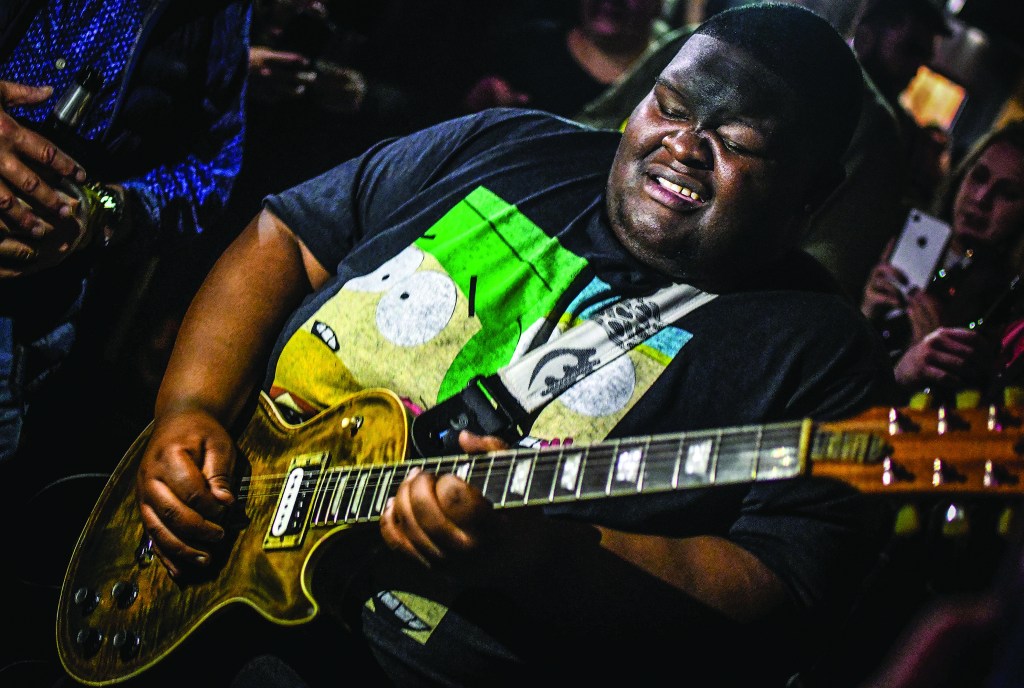 Christone "Kingfish" Ingram is playing at Proud Larry's on Friday as part of his second headlining tour.

One of the fastest rising stars in Blues is coming to Oxford.

Christone Ingram, better known as “Kingfish,” is bringing his Fish Grease 2: A Juke Joint Tour to Proud Larry’s on Friday. The Clarksdale native is embarking on his second headlining tour in support of his debut album, “Kingfish.”

Released in May 2019, Ingram’s album debuted at No. 1 on the Billboard Blues and Heatseekers charts and continues to receive continuous airplay on radio stations around the world. The first single was titled “Outside of This Town.”

“You don’t see too many kids into blues music,” Ingram has said previously. “In my town, every kid wants to be a rapper. I wanted to do something no one else is doing.”

Since breaking onto the national stage, Kingfish has toured with Buddy Guy, Vampire Weekend and Jason Isbell. He even found himself being interviewed by Sir Elton John on John’s Apple Beats podcast.

Despite growing up just miles from the historic crossroads at the Highway 61 and 49 intersection, Ingram claims no deals were made with any supernatural beings for the talent he displays on every song.

“I just practice all the time,” Ingram said. “That’s the only deal I made, and it’s with myself.”

Ingram’s 24-city tour began earlier this month in Hattiesburg and has included two shows in Los Angeles before returning to Mississippi with a show in Jackson on Jan. 23, which has already sold out. Other stops after Oxford include Boston, New York City and ends in Indianapolis on March 15.

The Proud Larry’s show begins at 9 p.m. with Garry Burnside opening. Tickets cost $20 and can be purchased at proudlarrys.com.

Couple honored after 20 years of service at The…