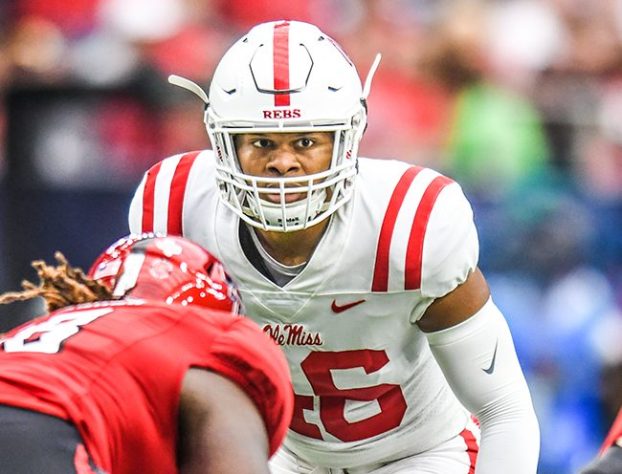 Ole Miss linebacker MoMo Sanogo is one of three Southeastern Conference student-athletes that will represent the SEC on proposed governance rule changes under the NCAA’s Division I autonomy process as part of the NCAA Convention.

Sanogo will be joined by Jake Gibbons, a member of the Texas A&M men’s swimming and diving team and Jailyn Mason, from the Arkansas women’s basketball team. The three student-athletes will take part in the Autonomy Conferences’ (ACC, Big Ten, Big 12, Pac 12, SEC) efforts to engage and empower student-athletes by giving them both a voice and vote within a transparent decision-making process.

The autonomy governance model grants flexibility to schools in the Atlantic Coast, Big 12, Big Ten, Pac-12 and Southeastern conferences to change specified rules within Division I. The legislative process for these 65 schools includes three student-athlete representatives from each conference who will vote on rule changes. Voting on autonomy issues includes 15 total student-athletes (three from each of the Autonomy Conferences) who, collectively, will cast votes in greater number than four of the five Autonomy Conferences.

A native of Plano, Texas, Sanogo is in his second year as Ole Miss’ representative on the SEC Football Leadership Council. He started all 12 games at linebacker during the 2018 season and led the Rebels with 112 total tackles before he sustained a season-ending injury early in the 2019 season. Sanogo is a banking and finance major and has been named to the SEC Academic Honor Roll.

Gibbons, Mason and Sanogo were among six student-athletes who attended the SEC Spring Meetings last year in Destin, Florida, where they participated in meetings throughout the week and give institutional leaders feedback on the student-athlete experience while also providing input on proposed SEC and NCAA legislation.

Will Ole Miss find Breein Tyree some help as they travel to Tennessee?

Breein Tyree is not fully healthy, but the lone Ole Miss senior is the only one consistently pulling his weight... read more