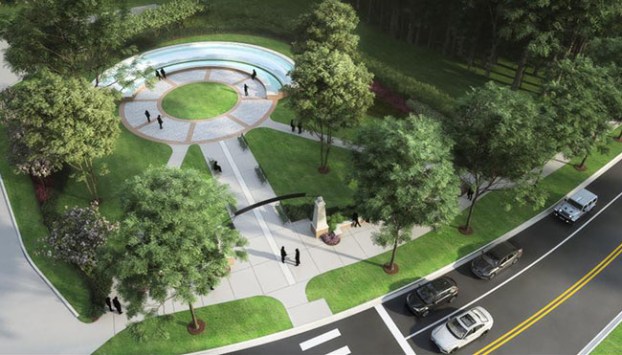 After revealing design plans for the new North Lamar Pocket Park last fall, Oxford’s Board of Aldermen rejected all bids received for the project and a redesign will take place.

The Board rejected all bids, which were significantly higher than the estimated cost of the project, during its regular meeting on Tuesday.

Estimations by the landscape architect, fountain designer and suppliers were all lower than the lowest bid received, which came in at $933,000. The highest of the six bids received was $2.197 million.

“We think we have found some cost-saving options and we plan to redesign the park to fit into the budget,” Mark Levy told the Board.

Levy, a GS Tech with the City, also asked the Board’s approval to resubmit for bids once their redesign is completed. Their “ambitious” plan, according to Levy, is to have the park redesigned and presented to the Historic Preservation Committee by March.

The park will be located in the vacant lot that housed Oxford Fire Station No. 1 for decades, at the intersection of North Lamar Boulevard and Price Street.

Plans for the pocket park included a walking path, a brick seat wall and a fountain.

After announcing a new roundabout at the intersection of Highways 7 and 9 would begin sometime last year, the Mississippi... read more