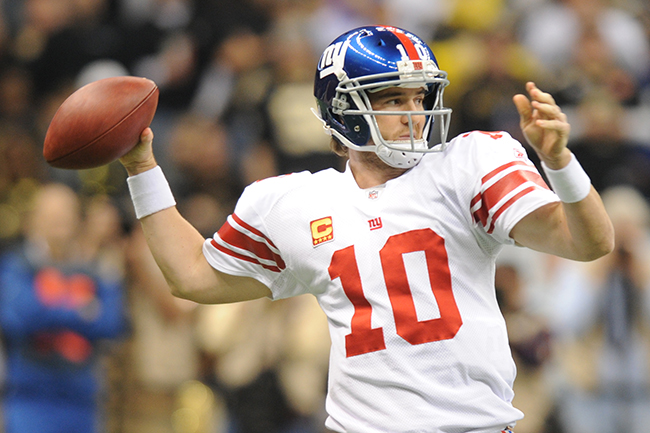 One of the most storied careers in Ole Miss football and NFL history will come to a close on Friday.

Announced in a statement by the New York Giants online on Wednesday afternoon, Eli Manning will hold a press conference on Friday to announce his retirement from the NFL after 16 seasons.

The former No. 1 overall draft pick out of Ole Miss in 2004, Manning will retire after a career that included two Super Bowl victories – in which he was named MVP in both – and four Pro Bowl selections. He was also named the Walter Payton Man of the Year in 2016 for work done off the football field.

“For 16 seasons, Eli Manning defined what it is to be a New York Giant both on and off the field,” said John Mara, the Giants’ president and chief executive officer, in a statement. “Eli is our only two-time Super Bowl MVP and one of the very best players in our franchise’s history. He represented our franchise as a consummate professional with dignity and accountability. It meant something to Eli to be the Giants quarterback, and it meant even more to us. We are beyond grateful for his contributions to our organization and look forward to celebrating his induction into the Giants Ring of Honor in the near future.”

Eli Manning was the third in a line of Mannings to play football at Ole Miss from 2000-2003, following in the footsteps of his father, Archie, and brother, Cooper.

Manning’s three years as a Rebel starter were as decorated as anyone in school history. He won two Conerly Trophy’s (2001, 2003), was named second team All-American (2002), Johnny Unitas Golden Arm Award (2003) and a Maxwell Award (2003), among numerous other accolades. Over the course of his career in Oxford, the youngest Manning threw for 10,118 yards and 81 touchdowns.  Both of those still stand as Ole Miss career records.

Drafted in 2004 by the San Diego Chargers, Manning was immediately traded to the New York Giants, where he spent all of his 16 years as a pro, as part of a package that sent the Chargers Philip Rivers and other picks.

Manning’s time in New York featured some ups and downs, hence his 117-117 career record as a starter, but will always be memorialized by its peaks on the biggest nights. Twice, first in Super Bowl XLII and later in Super Bowl XLVI, Manning’s Giants topped Tom Brady’s Patriots to win the Super Bowl. Both times it was Eli Manning named as the Most Valuable Player.

“It was an honor and privilege to coach Eli, and to go through the wonderful and magnificent moments that he and his teammates provided for all of us in the world championship ’07-’08 and ’11-’12 seasons,” said Tom Coughlin, the Giants coach in both Super Bowl trips. “Eli Manning not only is the quarterback on those great teams, but he is the MVP of the Super Bowls. He’s an incredible big- game performer. You talk about a guy that’s great to coach, focused every day, took tremendous pride in preparing, practice, had a great sense of humor, was a cynic in the locker room. But the guys loved him and they loved him for it, and they played for him.”

With his 16-year NFL career coming to a close on Friday, Manning will retire with the 7th-most yards, 57,023, and 7th-most touchdowns, 366, in league history.