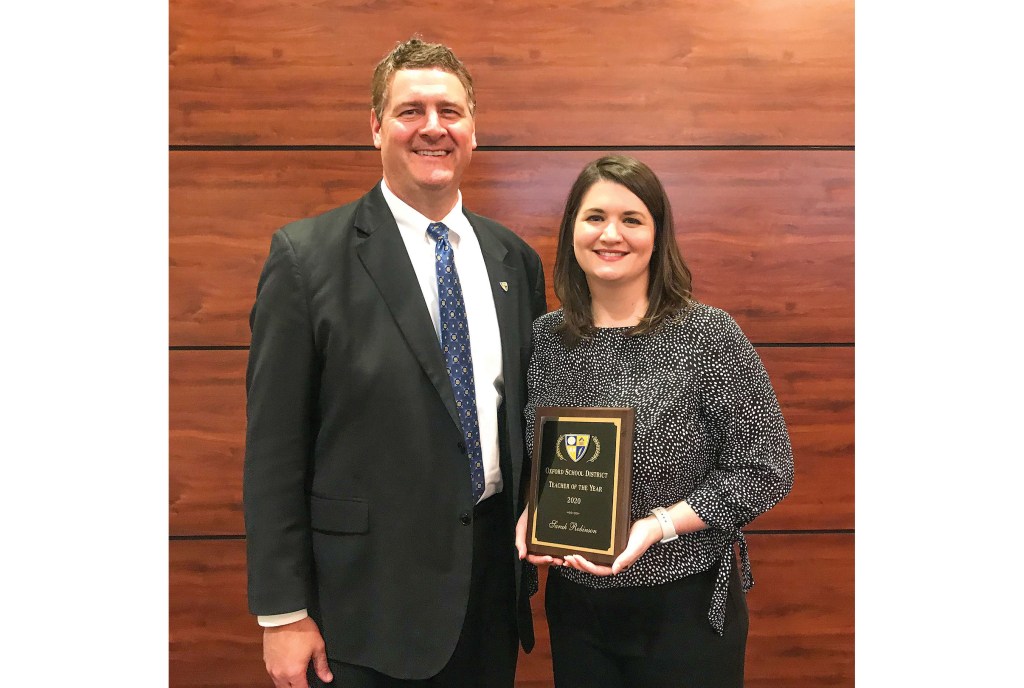 Sarah Robinson has worked at Oxford High School since 2013, and on Thursday, Oxford School District honored her efforts.

Robinson, a Biology teacher, was also selected as the Teacher of the Year for OHS and is currently pursuing National Board certification. She works on the OSD curriculum team, chair of the OHS science department and is the local science fair coordinator.

“It’s a little overwhelming,” Robinson said. “It’s really quite an honor, because I know the quality and caliber of staff that we have in this district. So, to be nominated is humbling. I’m very appreciative.”

This year’s Oxford Elementary Teacher of the Year honor went to second grade teacher Simsie Schaff. Schaff has been with the school district since 2016 and is currently working toward a Masters in Education in curriculum and instruction.

Also with the school district since 2016, Kayla McIntyre was selected as Bramlett Elementary’s Teacher of the Year. McIntyre teaches kindergarten.

This marked the first year in which the school district held a formal luncheon to honor their top teachers. The event was presented by Renesant Bank.