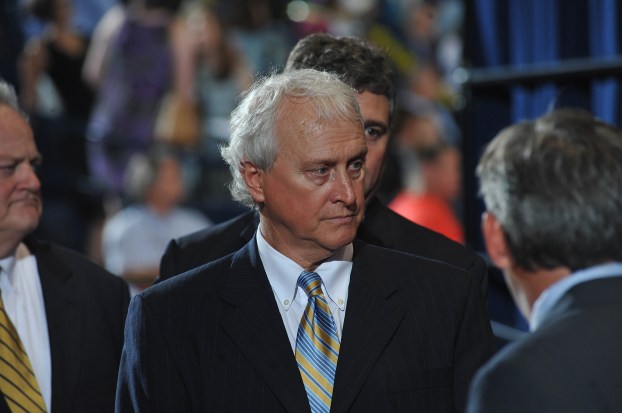 He was presented the award at the MAAA annual conference in Biloxi, Miss. on Jan. 16.

Martin has been at OHS since 2007, and has been the school’s athletic director since 2015.

“It means we’re doing a great job in our athletics department. But like other things, it’s a team award. For the first time this year, I have two assistant athletic directors in addition to my administrative assistant, which probably had a large effect in being considered for the award,” Martin said. “Oxford High School and Oxford Middle School have really began to fit into 6A athletics. All of our teams seem to have grasped the enormity of competing in 6A, and that goes to all of our sports. And when they begin to compete better, it has a reflection on recognition such as this and recognition for Oxford.”

In previous years, Martin said he would be absent for at least half of his teams’ matches. He would have to miss school board meetings to attend events. Now, when he can’t be two places at one time, he has assistants to help out.

“The support from our school board and administration, to increase the size of the administrative team within the athletic department was huge for us,” Martin said. “My assistants can answer any question from any coach or participant just as if it were me. I can’t begin to describe to you how big it was for us to increase the size of this staff. This award goes to all of them.”

Martin took over the Oxford athletic director role in 2015, transitioning from being a principal.

In his time as athletic director, he oversaw the school making the transition from MHSAA 5A to 6A. Among other big improvements, he’s instituted a year-round strength and conditioning program, including having full-time staffers to run the program. Now, he’s tackling the idea of professional development for his coaches and administrators.

“We have attacked professional development here, because our coaches need it. And we want to provide them with that,” Martin said. “That’s such a huge boost for our coaching community. Every coach in the state has to take first aid or you can’t coach. Right there, that’s one of the AIC courses. But they also go into training on concussions, hazing and so many other things like that.”

Martin himself will soon be certified as a master administrator. The school is paying for all these coaches to take these tests. For now, certification or not, Martin is being recognized as the best at what he does in the state.