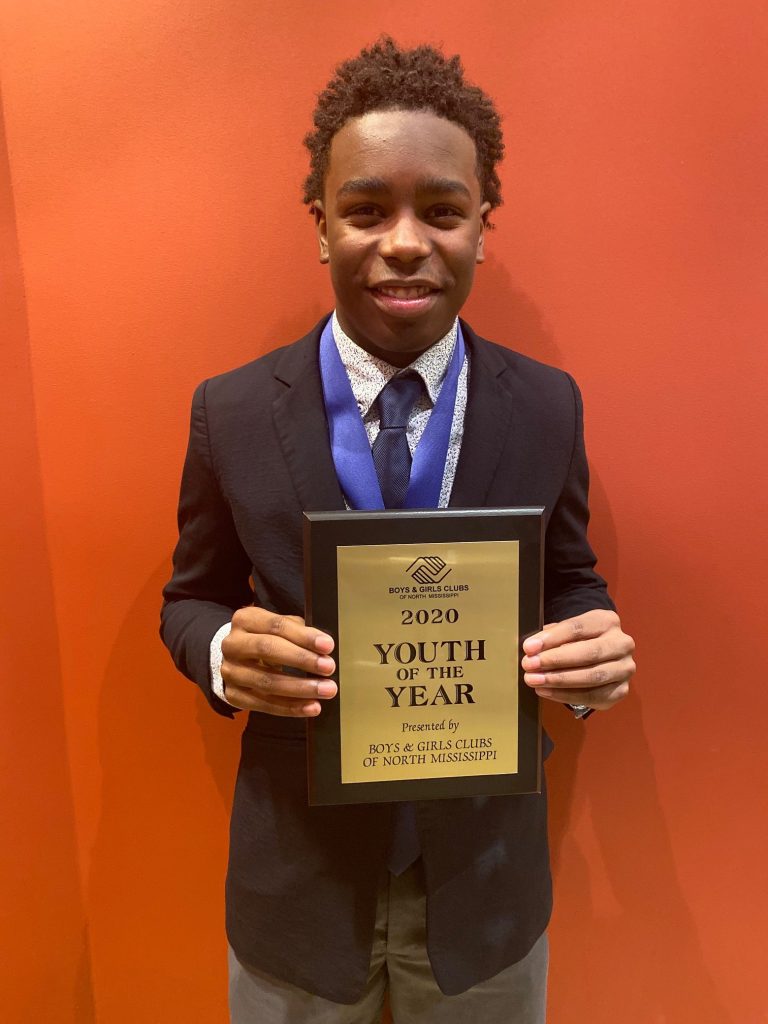 Braylen Robinson of Oxford was named the Youth of the Year for the Boys & Girls Club of North Mississippi. Robinson will compete in the state competition next month.

Braylon Robinson will compete with other children throughout the state in an effort to be named named Mississippi’s Youth of the Year.

“We are extremely proud of all our Youth of the Year finalists from our local Clubs,” said Zell Long, chief executive officer of BGCNMS. “They are all truly winners; we are fortunate to have them as part of our program. We are also excited about being the host organization for this year’s state competition.”

The Youth of the Year accolade is the highest honor a member of Boys & Girls Club can receive. The program was founded more than 70 years ago through the generosity of the Reader’s Digest Foundation. To earn the title of Youth of the Year, Club members must embody the values of leadership and service, academic excellence and healthy lifestyles and also exemplify the critical impact that Boys & Girls Clubs have on the lives of children.

The state competition will take place in Oxford on Feb. 26 through 28. Robinson will represent BCGNMS while competing against other Youth of the Year winners from clubs throughout Mississippi. The winner will receive $2,500 in scholarships to the college of their choice.