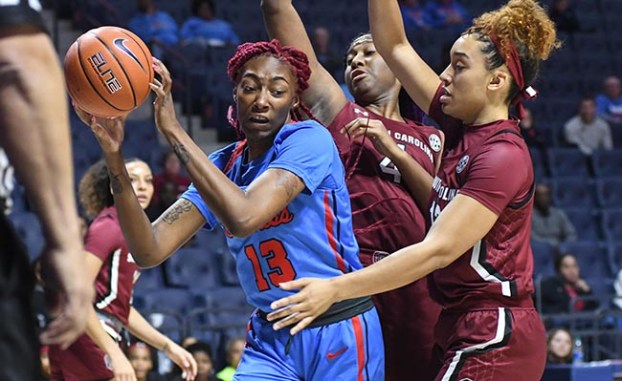 Records are meant to be broken. Some just shouldn’t be.

Hosting No. 1 South Carolina on Thursday night, the Ole Miss women experienced one of the worst losses in program history, falling 87-32 to the Gamecocks. However, looking only at the final score does not put into context just how historically ugly the first half really was.

“If I could’ve planned how this would’ve gone, I would’ve never thought we wouldn’t have scored in a whole quarter,” said head coach Yolett McPhee-McCuin. “I’m still in shock. You’ll have to ask me next week about how I really feel about it. I’m just in shock.”

Going into the night, Ole Miss had never scored less than 42 against a perennially great South Carolina team. In the history of the Ole Miss program, the team’s lowest offensive output was 28 points, actually happening earlier this season at home against Tennessee. On Thursday night, they scored 32. But it was the first half numbers that were eye-popping.

The Rebels went the entire first quarter on Thursday without scoring a point. Obviously, this has been done before, “many times” according to online NCAA record books. Where the record books will have to be edited came with the Rebels’ first half numbers.

After a scoreless first quarter, the Rebels would go on to score a single bucket in the second frame. Their two point halftime total tied the all-time NCAA low, matching a 2016 two point half for Lipscomb University in a game against Western Kentucky. As a team, they shot 1 for 20 in the frame, not one single time getting to the free throw line.

All things considered, the Ole Miss team responded really well after their historically ugly first half. After scoring just two points in the entire first twenty minutes of play, the Rebels responded with 12 in the third quarter alone. Right there, they put to bet an all-time game low scoring output record, 11 points set by Georgia Tech in a 2010 game.

The Rebels would go on to add 18 fourth quarter points, bringing the final score to 87-32. The team showed resiliency after the ugly opening twenty minutes, but that two point half will forever be etched, alongside Lipscomb, in the NCAA record books.

Traveling to New Hope for their playoff opener, the Lafayette boys soccer team got off to a late start, and... read more