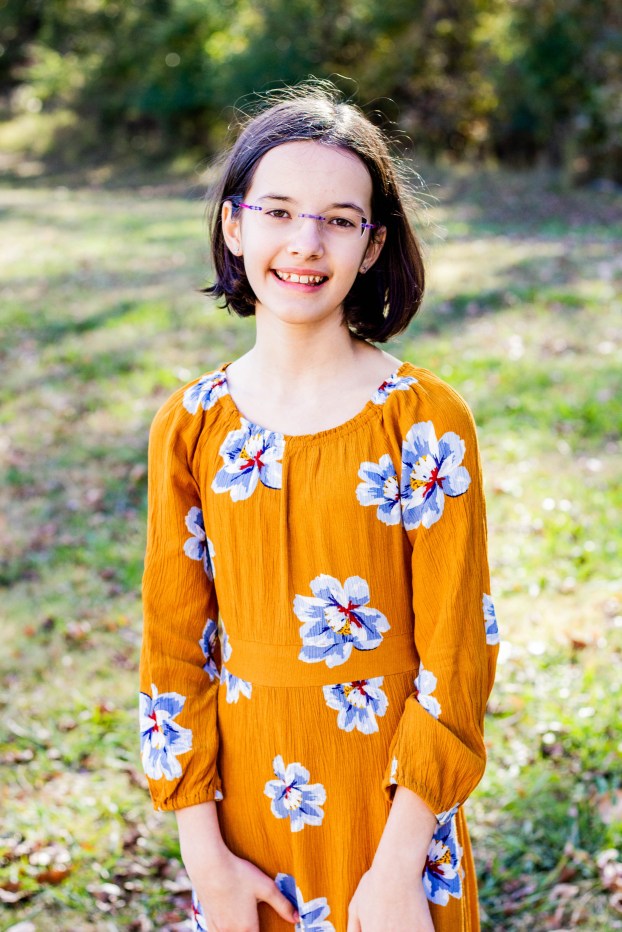 The next machine that goes to Mars could have ties to Oxford.

Oxford resident Hadley Green is one of nine finalists in NASA’s Mars 2020 Rover naming contest, and will find out this spring if her name will be chosen.

Earlier this month, Green was one of nine finalists selected out of more than 28,000 essays submitted to the “Name the Rover” essay contest by students from kindergarten through 12th grade.

Green, who is home schooled, said she found out about the contest from her mother and embraced the challenge of coming up with a name suitable for a machine tasked with exploring Mars. She eventually came up with the name “Vision” for her submission while sitting in her mom’s car one night and thinking about light-related words.

“I love to stargaze,” Green said. “I also love stories about people finding out new things, such as Galileo, whom I have been reading books about lately. I also, however, enjoy more recent stories, such as the discoveries of Neptune and Pluto. … I am excited and very happy that my name has enough value to get this far (in the contest).”

The nine finalists are made up of three children in grades kindergarten through fourth grade, fifth grade through eighth grade and ninth grade through 12th grade. The other eight finalists come from seven other states throughout the country.

Earlier this month, a vote was held for the public to select their favorite name out of the nine finalists. The poll closed on Jan. 27, and the next step is for Green and the other eight to speak in front of a panel including NASA officials, NASA astronaut Jessica Watkins, NASA-JPL rover driver Nick Wiltsie and Clara Ma, who earned the honor of naming the last Mars Rover, “Curiosity,” in 2009.

“Thousands of students have shared their ideas for a name that will do our rover and and the team proud,” said director of NASA’s Planetary Science Division in Washington, Lori Glaze. “Thousands more volunteered time to be part of the judging process.”

The currently unnamed rover is a robotic scientist weighing more than 2,300 pounds that will search for signs of microbial life, characterize the planet’s climate and geology, collect samples for future return to Earth and pave the way for human exploration of Mars.

“Hadley is naturally very creative, so it was not a surprise that she came up with a thoughtful rover name and expressed her ideas clearly through her writing,” Hadley’s mother, Bonnie, said to NASA when filling out the application.

The contest will end in March, when the rover’s new name, and the student behind it, will be announced. The student whose name is selected will receive an invitation to see the spacecraft launch in July or August at Cape Canaveral Air Force Station in Florida. The rover will land in Jezero Crater on Feb. 18, 2021.

Those who rely on the Oxford University Transit system to get to and from the University of Mississippi will begin... read more