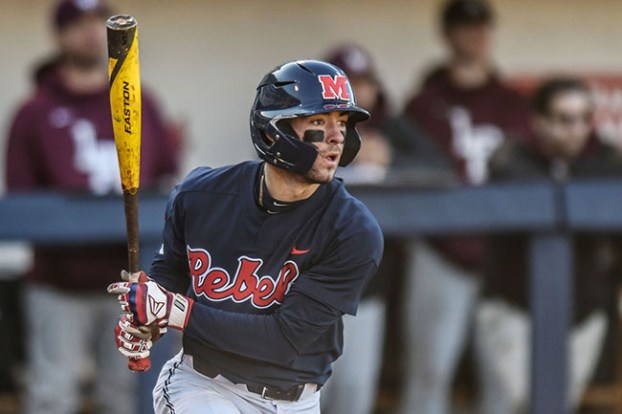 Anthony Servideo, back at shortstop, stepping into Rebel leadership role

Anthony Servideo has never really had to be in his newfound role for Ole Miss baseball.

With the exception of an outstanding individual performance, Servideo was never asked to do media last year. With a slew of pitchers and older veterans in the field, the then-sophomore was a critical utility piece in the Rebels’ daily lineup, but he wasn’t really the leader.

This year is going to be different.

“It means a lot, honestly. It’s my turn. My first few years, I spent looking up to those other guys. Grae (Kessinger), Ryan (Olenek) Thomas (Dillard) and those guys. Now it’s my turn to do that job. You have to be successful for the guys in the future to fill in this role when they need to,” Servideo said. “Those guys kind of thought me to come to the field every day with the same mindset, same attitude. It doesn’t matter what kind of day you’re having, you have to be there for these teammates at all cost.”

Kessinger, Olenek and Dillard are all gone now, as are some other upperclassmen from a year ago: Cooper Johnson, Cole Zabowski and Will Ethridge, among others. Returning position players, such as Servideo and fellow junior Tyler Keenan in the field, are going to inherently be thrust into a bigger role.

“Yes, we’re going to have a lot of new faces,” head coach Mike Bianco said. “But what people forget is there’s 14 returners; 14 guys that played a lot and played really well for us either last year or the last couple of years.”

In high school, Servideo was a shortstop. He played short and was recruited at short. Yet, when Servideo got to Ole Miss, that shortstop spot was one clearly occupied by Grae Kessinger, who was a year older and had already made 53 starts at shortstop the year prior. In his three years at Ole Miss, Kessinger had an unquestioned lock on the position, starting 183 games at the position in three years.

This forced Servideo into a utility role. As a freshman, he made the 2018 All-SEC Freshman team as a second baseman. A year ago, as a sophomore, Servideo made 60 starts, but did so at three different positions. The sophomore was a critical piece for Bianco, moving from 38 starts in right field, 20 starts at second base and two more in center field.

Now, with Kessinger playing pro ball, Servideo gets back to what he knows best – shortstop.

“I’m really excited about it. I’ve been playing short my whole life. So finally getting the chance to be back there, I feel good and confident. It’s exciting,” Servideo said. “There’s been no rust; it’s been a pretty natural transition and I feel comfortable over there.”

Servideo’s spot at shortstop is locked down, as is Keenan’s to his right at third base. However, a good portion of the starting lineup, including who will play to Servideo’s left at second base, is still very much up in the air. He added that, regardless of who’s been there early in practice, the chemistry has been there.

The team has several questions to answer before No. 1 Louisville comes to town on Valentine’s Day, but the matter of Servideo’s spot is certainly not one of them.