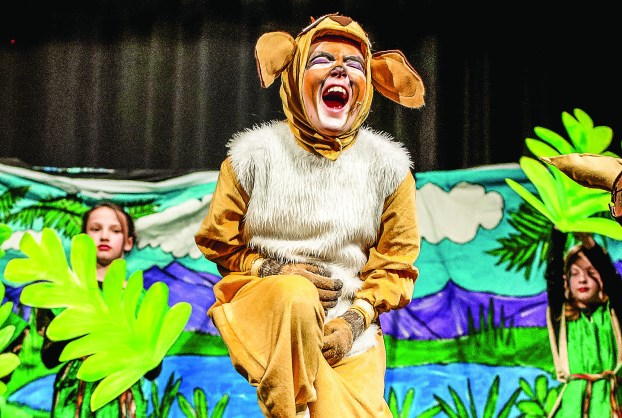 Drama departments are commonplace in middle schools and high schools across the country, but in Oxford, there is one school that introduces the stage to children as young as six years old.

Regents School of Oxford boasts the area’s only elementary drama program, which is led by Molly Turner. The program started in 2016 and produces one show every school year.

The department’s show is held in February each year, but Turner begins preparations when the new school year begins in August. Every day is needed when introducing the world of theatre to children at such an early age. Those first few days can be overwhelming to some, Turner said.

“I kind of market it to the parents as we’re teaching these kids life skills through stage skills,” Turner said. “They are learning a voice and when you start drama at this young of an age, they’re finding out by the fourth grade that they have a talent for this or they actually have a singing voice. They’re finding out some of their talents that they didn’t really know they had.”

This year’s play is “Wizard of Oz,” which is ambitious for an elementary drama program, but Turner said a larger than normal participation number is helping.

“It’s kind of scary for a six-year-0ld,” Turner said. “What we ran into this year is this is our first year to have a ton of first graders. We ended up deciding they should come every other week, because their eyes (were big) and it was a lot. They’re still getting used to… the jump here at Regents between kindergarten to first grade is pretty big, and they’re already having to kind of adjust to that.”

First and second graders will portray the winged monkeys and other chorus parts, which does not require them to participate every day.

Participation numbers for each year’s production have grown year-to-year. In 2016, the program did a performance of “Peter Pan” with 18 students, and last year they had 27 students participate in “The Lion King.” Turner said they have around 50 students participating this year.

Students are fully involved throughout the year, from making the sets to building their costumes. Turner holds a week-long drama camp where most of the set building and costume making takes place for the upcoming year’s performance.

“I say cardboard and hot glue are where dreams are made when you’re working with first through fifth grade,” Turner said. “They love to get in there and paint and build and stuff. With this production, there is an upper school drama (program) and those kids will come and help do certain things. … It just kind of takes a village.”

The students in the upper drama program are helping construct Dorothy’s house and other larger set pieces.

For the first time, the production will be performed at the school. Previous productions took place at the Powerhouse, but the dates did not work out to have it there again. Turner and her students are constructing a theater from the ground up in the school’s gym, including a stage. They are renting lights and microphones as well.

Turner’s students will present “The Wizard of Oz” on Feb. 13 and 14 at 6 p.m. There will also be a dinner theater exclusively for sponsors, which will feature a performance of the play while the sponsors enjoy a meal, on Feb. 12.

For ticket and sponsor information, email Turner at mturner@regentsoxford.com or call the school. Tickets went on sale Feb. 1 for the dinner theater and the two regular performances. The first three rows are $15. There are also tickets available for  $12 and $8, and bleacher seats are $5. Reserved tickets can be purchased at our.show/rso2020.

Since 1984, Jo Ann O’Quinn has hosted a support group for those affected by Alzheimer’s and other related disorders and... read more