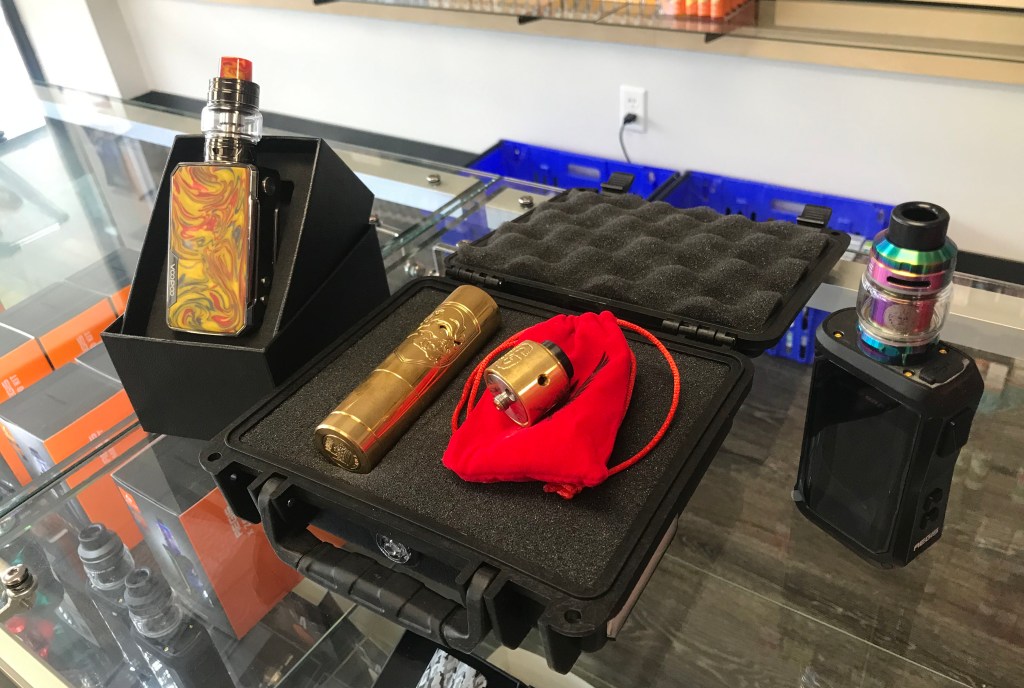 The Oxford Board of Aldermen voted to add an amendment to the smoking ban ordinance prohibiting anyone under the age of 21 to possess, sell or distribute electronic smoking devices and related materials. (Jake Thompson/Oxford Eagle)

To go along with the federal law that went into effect last year, the City of Oxford is considering banning the sale and distribution of electronic smoking devices and materials to anyone under the age of 21.

The proposed amendment to an existing ordinance was made by the Oxford Police Department during Tuesday’s Board of Aldermen meeting and had its first reading.

Although the federal law was passed in December, individual states have a period of time to pass their own law. Mississippi has not done so yet, but OPD is wanting to go ahead and amend Oxford’s smoking ban ordinance accordingly.

“We anticipate Mississippi following suit,” officer Rusty Raspberry said to the Board. “There’s a period for states to come in compliance. Due to some issues that we’re seeing, especially in our younger-aged kids, we felt like being more proactive in trying to step in.”

The proposed amendment, titled Section 50-94 would put “Restrictions on Electronic Smoking Device(s) and any electronic smoking pod(s), cartridge(s), and liquid refill(s)” to anyone under the age of 21 inside the Oxford city limits.

The amendment also goes toward preventing any elementary, junior high or high school students from possessing electronic smoking devices or related materials on “any educational property.”

During the discussion of the amendment, Alderman John Morgan voiced concerns about putting this into law, then going around and busting students at the University of Mississippi for having devices – while also stating he was in favor of passing the ban.

“If we were a city that just had a high school here, it’s a no-brainer,” Morgan said. “But, we’ve got a university and I just hate to see it where all of a sudden we’re just busting university kids constantly for possessing these things.”

There is also a community service option included in the penalties.

Those in violation of selling or the distribution of the devices or materials, including businesses, would be hit with harsher penalties. The first offense would be a $100 fine, second offense would be $250 and a third or additional violation would be $500. An enhanced fine penalty of $1,000 could be enacted if the judge deems it necessary.

There will be a second reading and a public hearing held for the proposed amendment during the next Board of Aldermen meeting on Feb. 18 at 5 p.m.