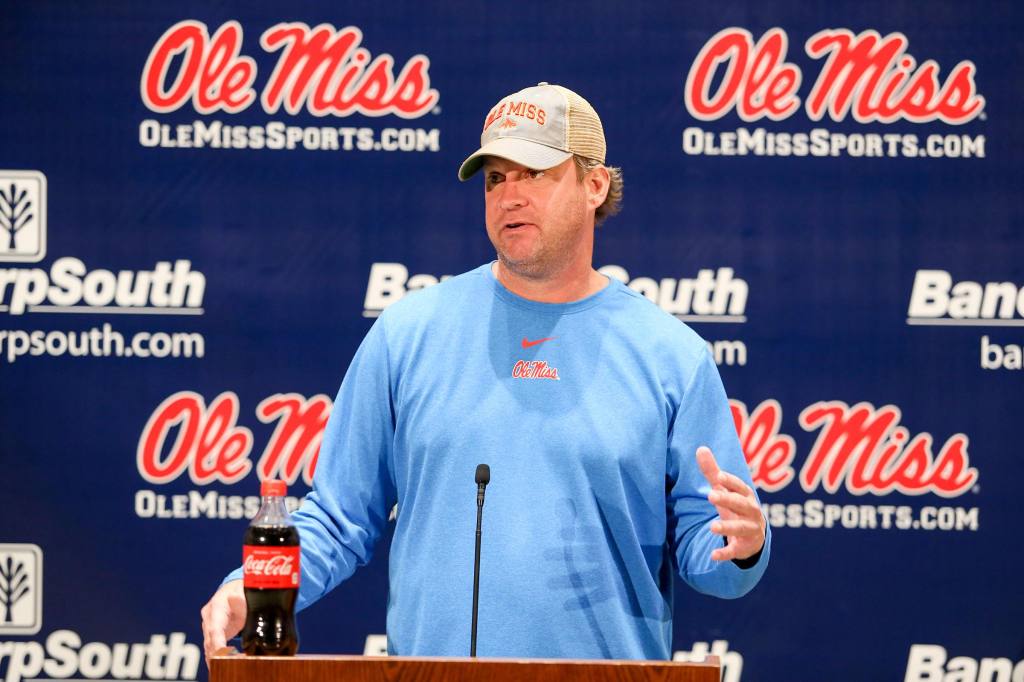 The new Ole Miss head coach has an NFL background, and in a unique, roundabout way he said he thinks he’s building his Ole Miss program in the mold of an NFL franchise.

Ole Miss signed 18 players in the class of 2020, putting them well below the 85-scholarship threshold allotted. It’s not a class with much depth, but what it does is allow the new Rebel staff flexibility.

“This is a different era of college football. It’s more like the NFL with how you manage your roster. We left ourselves some room for some kids that are still out there,” Kiffin said. “Some grad transfers, some regular transfers, and also, we can save some for next year, too. I think going through this process is different than before.”

By rules of the sports, NFL teams have considerably more roster flexibility than college football teams do. Teams, with a few late season exceptions, can add and drop players at any point from a pool of available free agents. Trades can be made up until the week eight trade deadline. When players get hurt, they can be moved to the injured reserve, clearing up a roster spot for another player.

Between the start of week one of the NFL season until the start of the playoffs, the Super Bowl winning Kansas City Chiefs made 30 roster moves. College teams don’t have this many options mid-season to improve their roster; they actually don’t have any.

When college teams can be flexible is during that offseason and with construction of the roster. Where NFL teams get to deal with just 53 players on a roster, college programs get 85 scholarships to work with.

“I think, again, a lot of people are going to be over 85 today. We’re not, but a lot of people are,” Kiffin said. “Again, it’s different. These kids leave so often. We had maybe five go into the portal before we got here. They came back, but normally, they don’t come back. I think people plan on losing kids after spring, so that’s why we save some, too. Because you’ll see a lot of kids leave after spring because it’s not going exactly the way they want. Some of those kids can play immediately and some of those kids sit. I think we have three in that way and two transfers and a grad transfer.”

Ole Miss will not be able to add to their roster when the 2020 season starts like the Chiefs did. Instead, there’s a strong likelihood that they’ll end the 2020 football season with fewer players on roster than before. As Kiffin touched on, players transfer in and out of programs more than ever. However, being in a position to have open scholarships for players that leave may be the key to sneakily adding some good talent to a roster late in the offseason.

That’s where Kiffin is mirroring the NFL. Pro teams have this sort of flexibility year-round. Ole Miss doesn’t have that luxury, so they have to use the offseason to keep their options open. Those options can come in three forms. There are graduate transfers, like Mississippi State landing former Stanford quarterback KJ Costello, and standard transfers, players that may or may not have to sit out a year depending on if they can be cleaned by the NCAA waiver form. If the Rebels don’t land any players by those means, there’s always the future, leaving them with more scholarships for a large future class.

There’s also still some unsigned high school and junior college players that could add to this current 2020 class. Kiffin, offhand, mentioned a “quality running back” on Wednesday, possibly referring to unsigned five-star Zachary Evans, who still has not made his college decision. Evans visited Ole Miss last month, but it’s not just the running back position the Rebels are targeting.

“Whenever you come into a new system, you have to be careful of just adding players in spots that they don’t really know,” Kiffin said. “We don’t know our own roster. We haven’t worked with these kids and it’s a different scheme. What usually happens is after spring you see guys change positions, looking at different roles, and then work our systems around the players that we have instead of making the players work the system”

And sure, this NFL-like roster building talk from Kiffin could be pure pontification, a spin-zone for a class that came in below his expectations and that of fans. The Ole Miss class ranked No. 39 nationally by 247Sports and twelfth in the Southeastern Conference, not exactly to the standards of what Rebel fans have been used too. Even Matt Luke’s last recruiting class with Ole Miss ranked No. 22 nationally.

Regardless, at well under the 85 scholarship limit, Kiffin is leaving Ole Miss with options moving forward. Time will tell if that offseason roster flexibility will matriculate into in-season roster talent.